Few countries in the world have such a variable, diverse and colourful history as Italy. Every time we visit, we learn new facts about Italy’s wonderful past. Check out some of the interesting facts below, as it may inspire you to experience a holiday in Italy.

1. Italy has the most UNESCO World Heritage Sites. 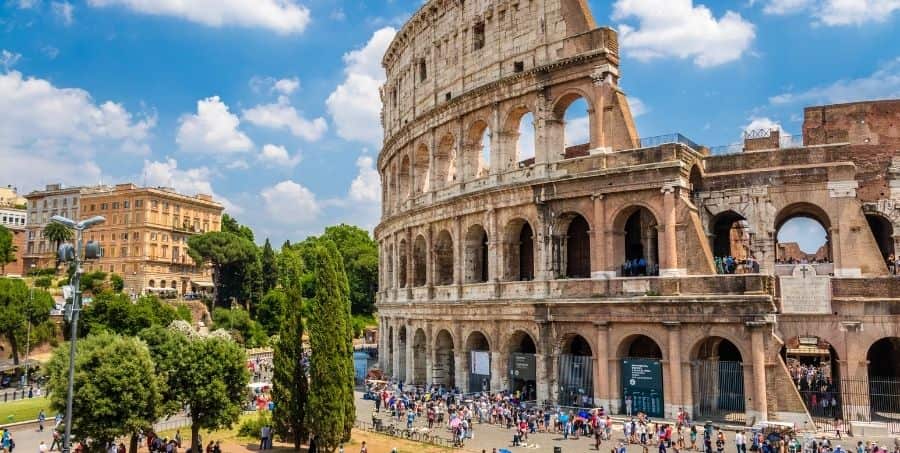 Italy has over 50 UNESCO World Heritage sites, more than any other country in the world and these include the historic centre of Florence, the canals of Venice, Trulli houses of Alberobello, the Colosseum in Rome and the Amalfi Coast. 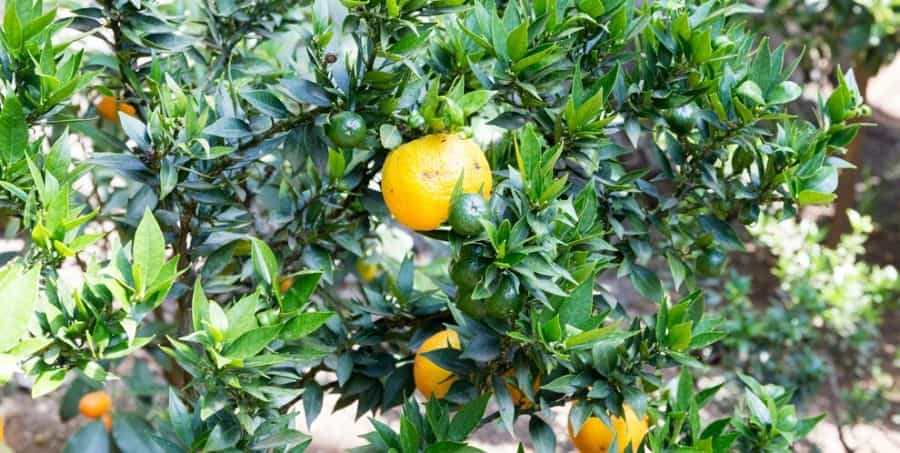 Famous for its wonderful lemon orchards and breathtaking views, Limone also holds an incredible genetic secret. In 1979, it was noted that of the one thousand inhabitants in the town, unusually over a dozen of them were over 100 years old. Upon testing, it was found that Limone’s residents contain a rare protein in their blood that eliminates heart disease and aids longevity; many believe this is due to the high concentration of lemons in their diet. 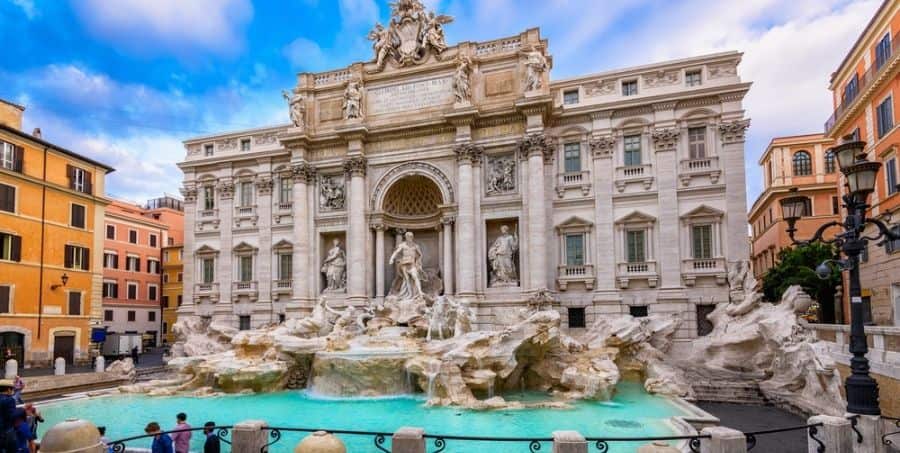 The spectacular Fontana di Trevi was completed by Nicola Salvi in 1762. It is located in the heart of Rome's historic centre in Trevi Square near the Spanish Steps and Piazza Navona. It's considered good luck to throw a coin over your left shoulder, as this will ensure a return visit to Rome!

4. Beware of sea monsters in Sicily! 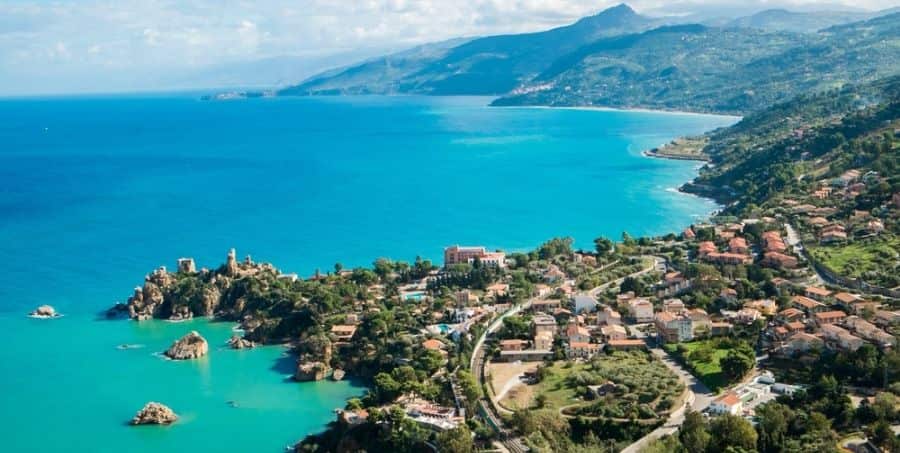 Those passing through the Messina strait between Sicily and Calabria are in danger of being attacked by two sea monsters Scylla and Charibdys, according to Greek mythology. They appear as beautiful nymphs, but quickly change into ugly creatures with six heads, multiple mouths and glowing eyes. Watch out if you’re taking a boat trip!

5. Pompeii was rediscovered in the 18th century

In 79 AD when Mount Vesuvius erupted for the first time in 1,800 years, it took the people of Pompeii completely by surprise. The city and its people were buried under 5 metres of ash as they went about their daily business, creating a natural time capsule for future generations to peer into Ancient Roman life. The first excavation began in 1748 which helped spark the 18th century neo-classism era that looked to Ancient Rome for influence. Approximately 2.5 million tourists visit Pompeii each year and it’s one of the highlights of our Sorrento holidays.

6. Torquato Tasso was born in Sorrento 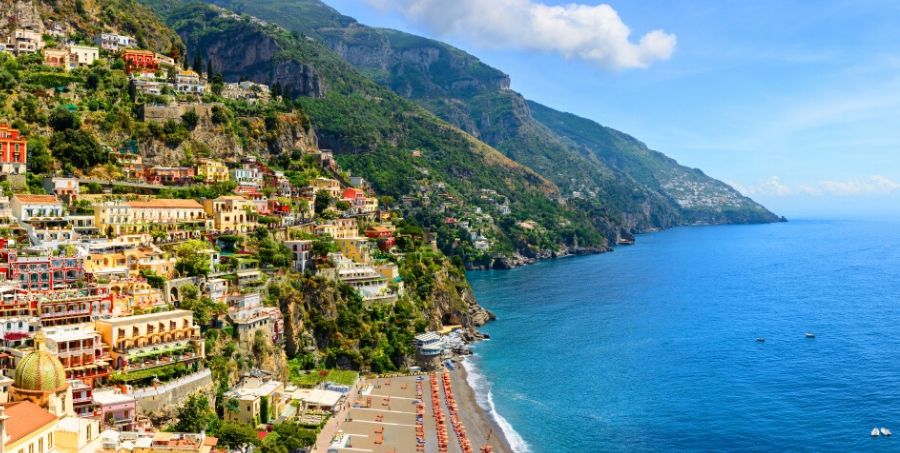 Sorrento was the birthplace of Torquato Tasso, the most read poet in Europe until the 20th century. Tasso wrote the famous poem La Gerusalemme liberata which depicts a mythical battle between Christians and Muslims for Jerusalem at the end of the first crusades. Tasso died just a few days before he was due to be crowned King of the Poets by the Pope. 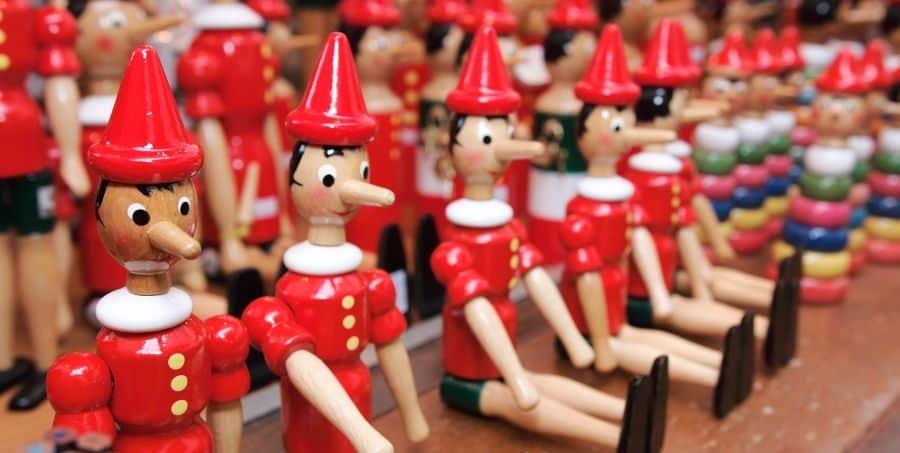 The story of Pinocchio, which we usually associate with the Disney story, originated in Florence with a story written by Carlo Collodi in 1826. The book contains Tuscan dialect, formed from Latin, which became modern day Italian during the Renaissance period when Tuscany was a trading hub for the rest of the country.

8. There were battles on Lake Garda 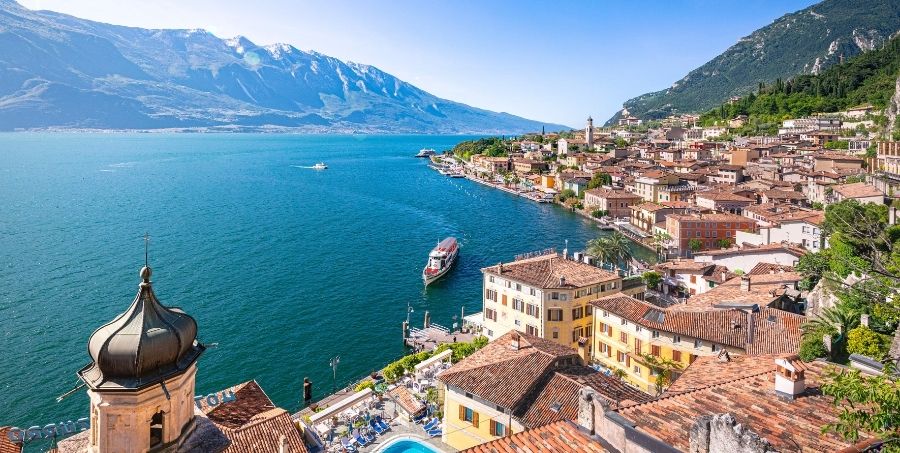 The peace and tranquillity are some of the reasons that we love Lake Garda so much, but it wasn’t always so calm. There have been many famous battles fought around Lake Garda including the Battle of Lake Benacus where the Romans defeated the Alamanni in 268, the Battle of Rivoli where Napolean’s forces battled the Austrians in 1797 and the Battle of Solferino during the Italian Risorgimento in 1859; this bloody battle caused the Geneva Convention to form the Red Cross.

9. Italy was under a fascist dictatorship for 20 years 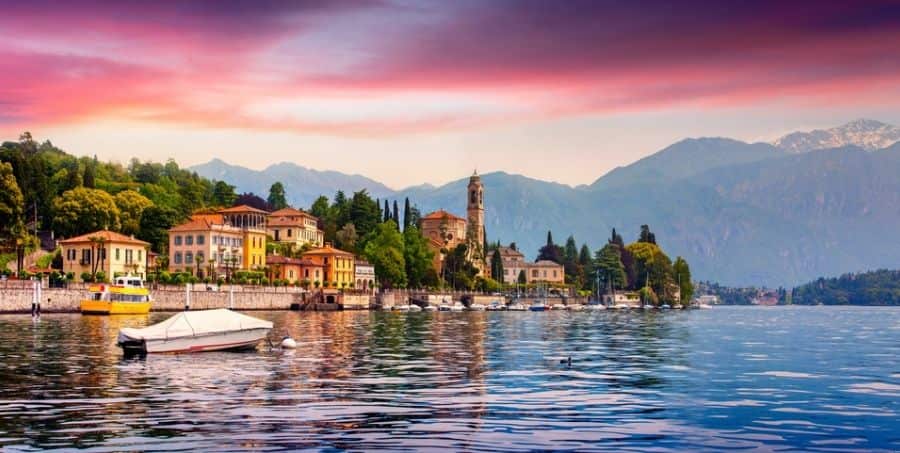 Benito Mussolini or “Il Duce” was the dictator of Italy between 1922 until his death in 1945. Mussolini and his mistress were captured by Allied forces in Dongo and later shot in nearby Mezzegra while trying to flee from Como to the Swiss Alps.

10. Sicily has its own language 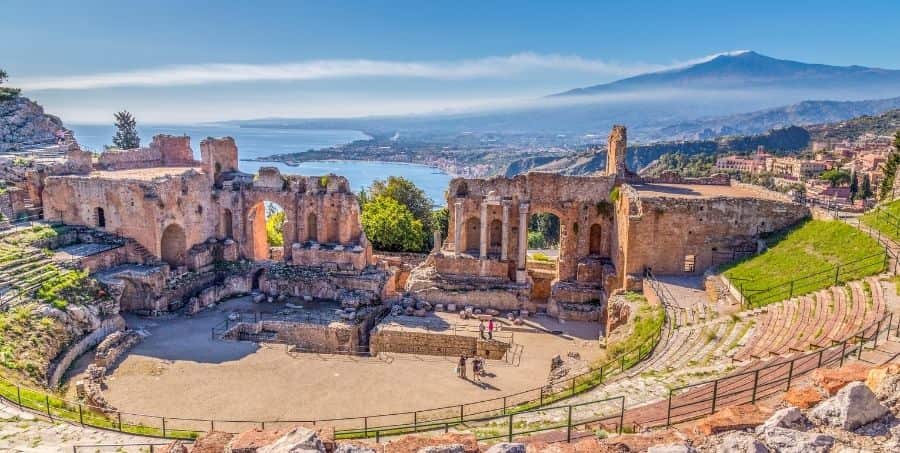 If you’ve been to Italy quite a few times, you may notice the language difference when you visit Sicily. The majority of Sicily’s inhabitants (70%) speak Sicilian, not Italian. Reflecting the diverse history of the island, Sicilian has absorbed vocabulary from Greek, Latin, Spanish, Italian and French among others to produce a language clearly distinct from Italian. 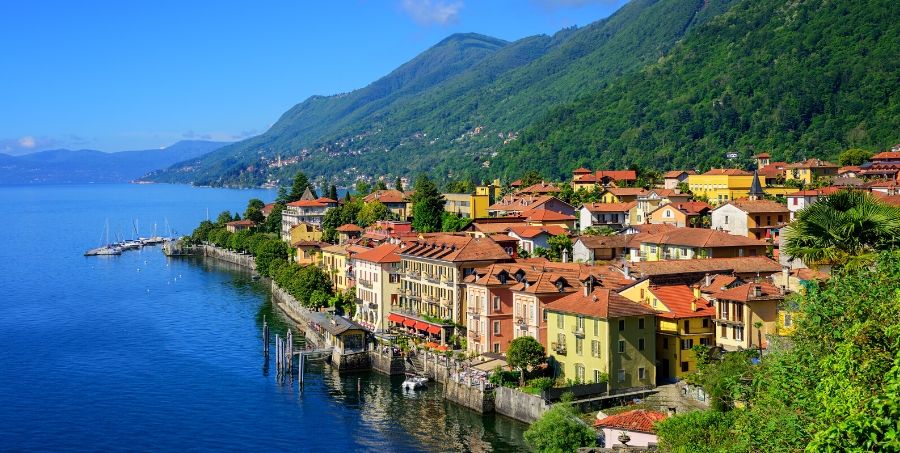 During the Roman Empire Lake Como was the main place for the government elite to holiday. An imperial magistrate Pliny the Younger used his extensive wealth to build two villas, ‘Tragedy’ and ‘Comedy’ on the shores of Lake Como. Today, Lake Como is still a favourite hang-out for Hollywood’s famous faces, such as George Clooney.

12. Some of Shakepheare’s plays are set in Italy 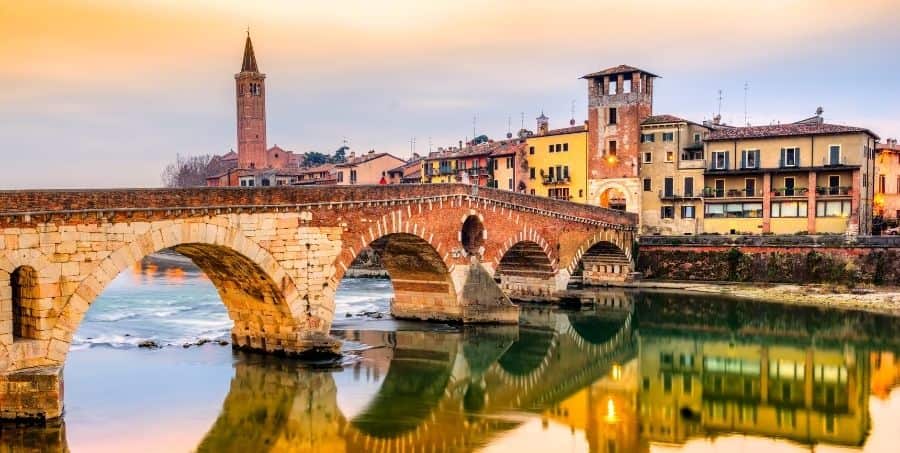 13 of Shakespeare's plays are set in Italy, such as Othello, Julius Caesar, Anthony and Cleopatra, The Merchant of Venice and The Two Gentlemen of Verona; and yet there’s no evidence that the playwright visited the country. Verona may be most famous as the location of Shakespeare's most famous love story, Romeo & Juliet, but it's also just a stunning UNESCO city that you can explore on our Lake Garda holidays.

Discover the country’s  fascinating history for yourself on one of our guided Italy tours. Soak up the beauty of Italy with us and savour more authentic Italian culture. With over 25 years of experience bringing holidaymakers to this incredible country, we’ve handcrafted itineraries to give you a taste of authentic Italy and unveil hidden gems. 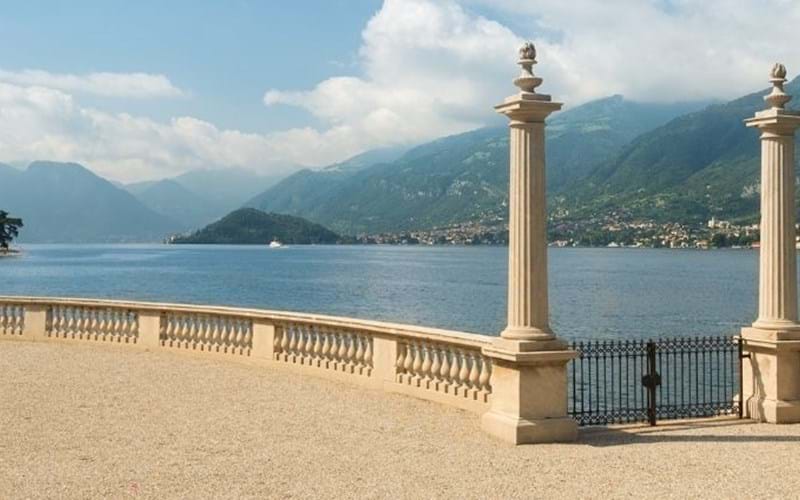 Live Like A Film Star On The Shores Of Lake Como 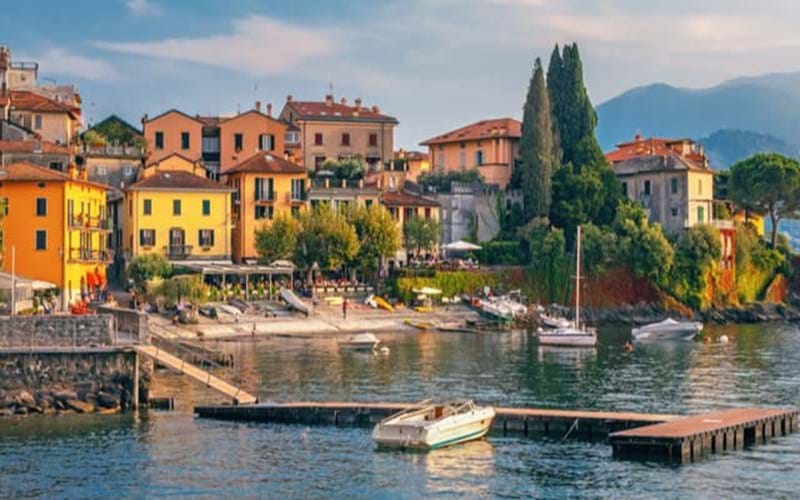