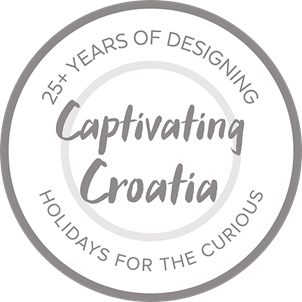 Discover why Croatia has become one of our top sun destinations. With a wonderful coastline, delicious fresh cuisine, unique history, rich culture and friendly locals, Croatia is a serious competitor to the traditional Mediterranean destinations. Its cities, villages and countryside reveal remnants of Imperial Rome, the Venetian trade and more recent Balkan history. A Dubrovnik holiday has something for everyone with its beautifully preserved historic old town with Gothic and Renaissance buildings overlooking the coast. Explore Croatia’s Adriatic Coast, which has been welcoming holidaymakers for decades, but the region remains relatively untouched from mass tourism, so you can experience the unique Croatian culture and lifestyle. Charming villages and three of Croatia’s most attractive coastal towns, Pula, Rovinj and Poreč, await discovery. Visit Croatia’s Dalmatian Coast and experience the beauty of the Sibenik Riviera. The surrounding region is home to beautifully preserved historic towns, sleepy offshore islands and some of Croatia’s most impressive national parks. All our holidays to Croatia include return flights, accommodation, transfers and exciting excursions led by local, expert guides, so all you’ll need to worry about is which of our fantastic holidays to choose!

From Dubrovnik to the Dalmatian Coast

Secure Your 2022 Croatia Holiday With Our Fantastic Offer:

Available on all departures for 2022. 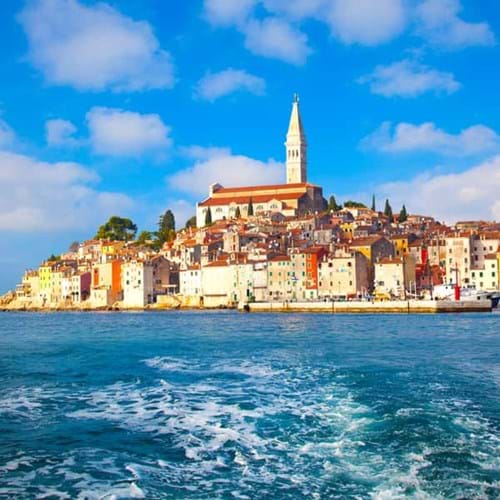 Select A Guided Holiday To Croatia 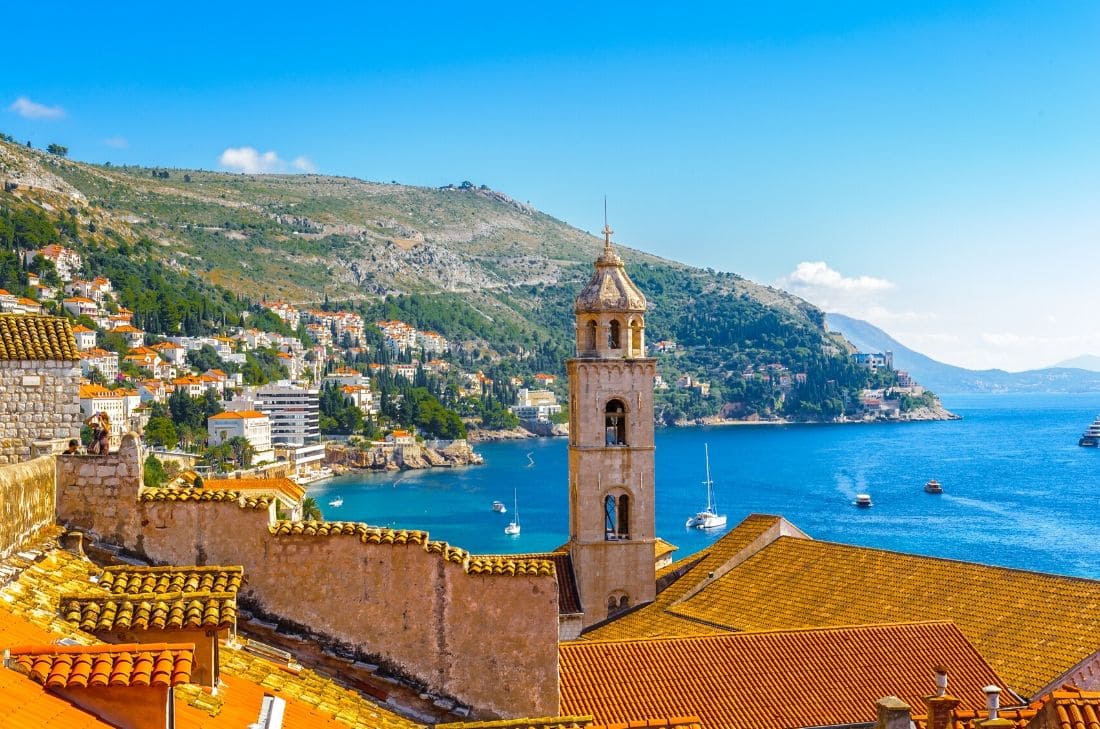 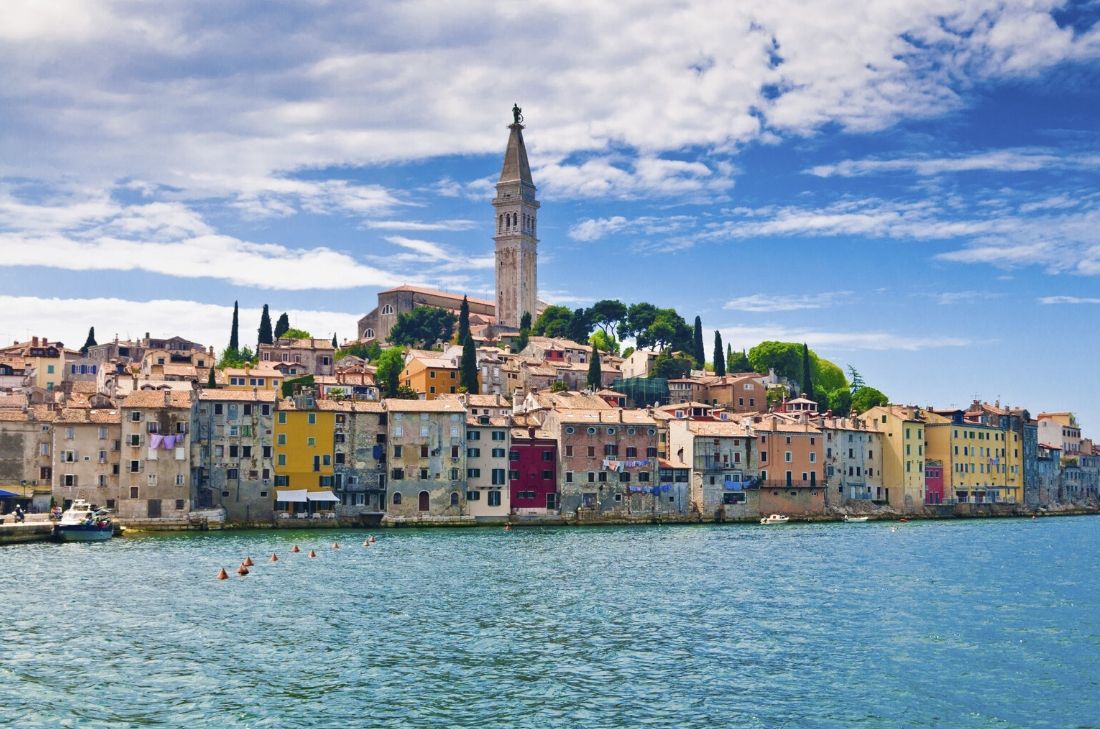 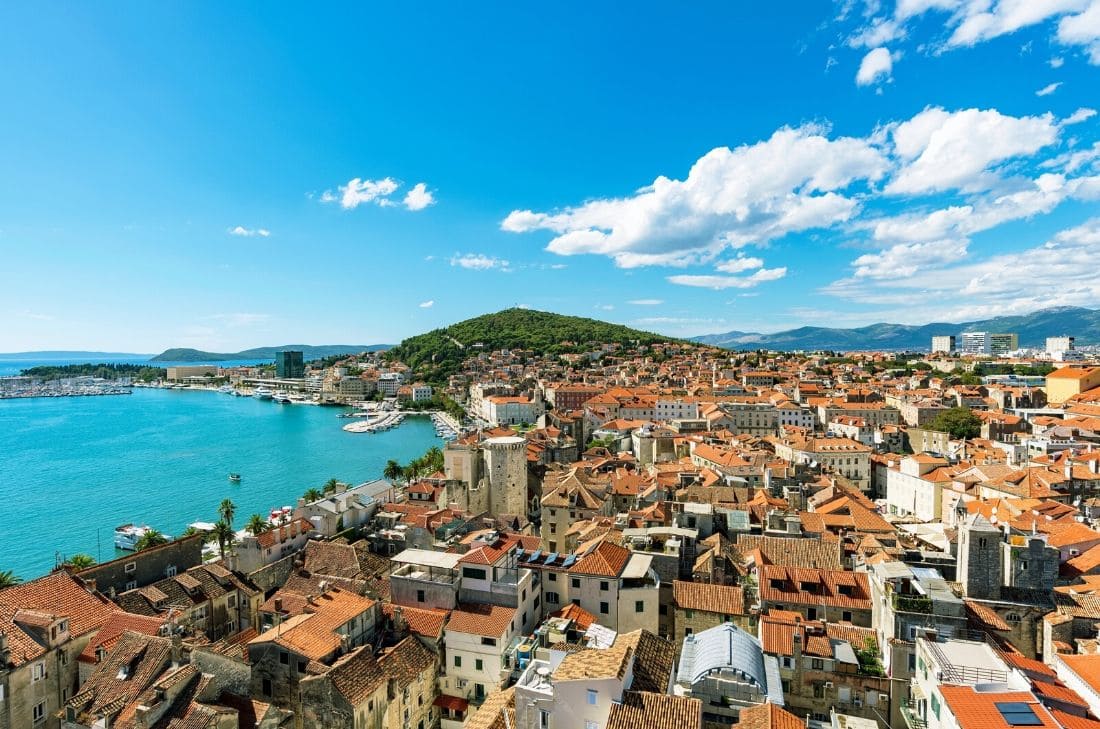 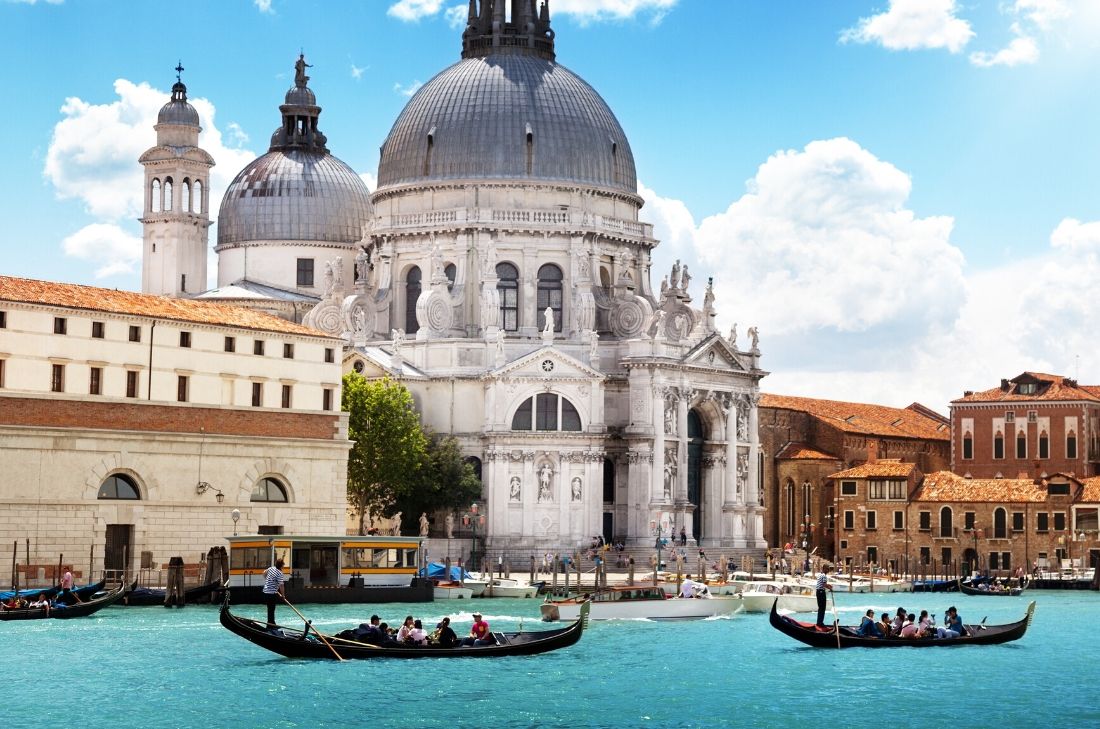 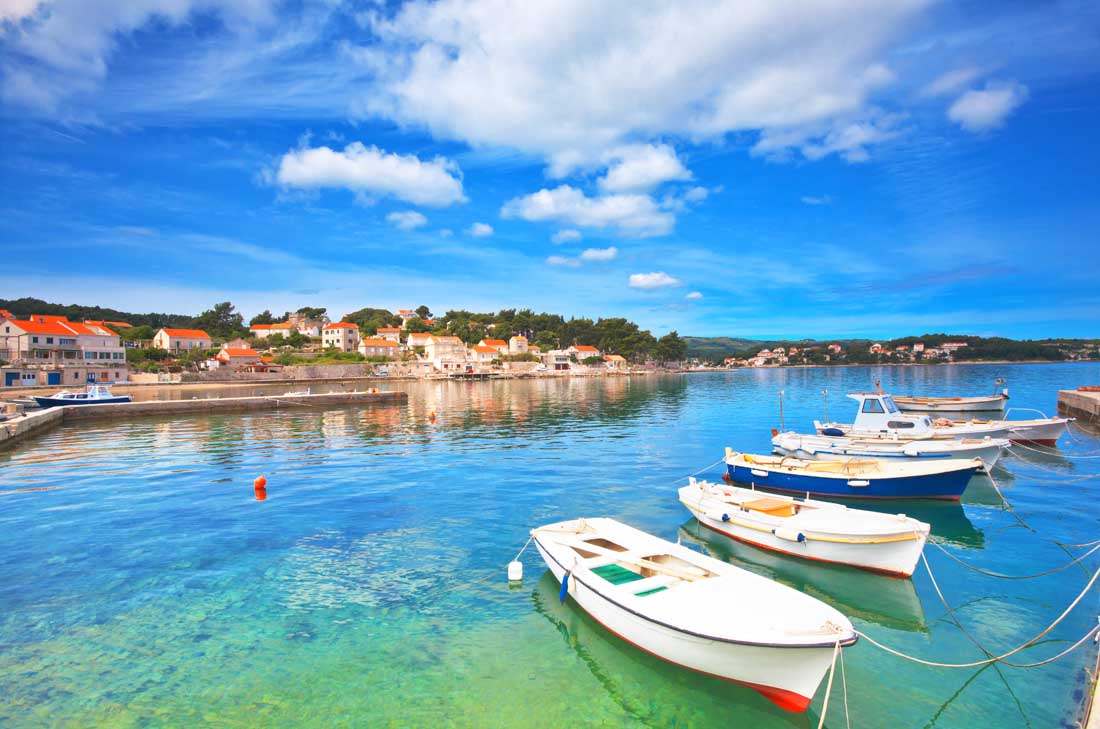 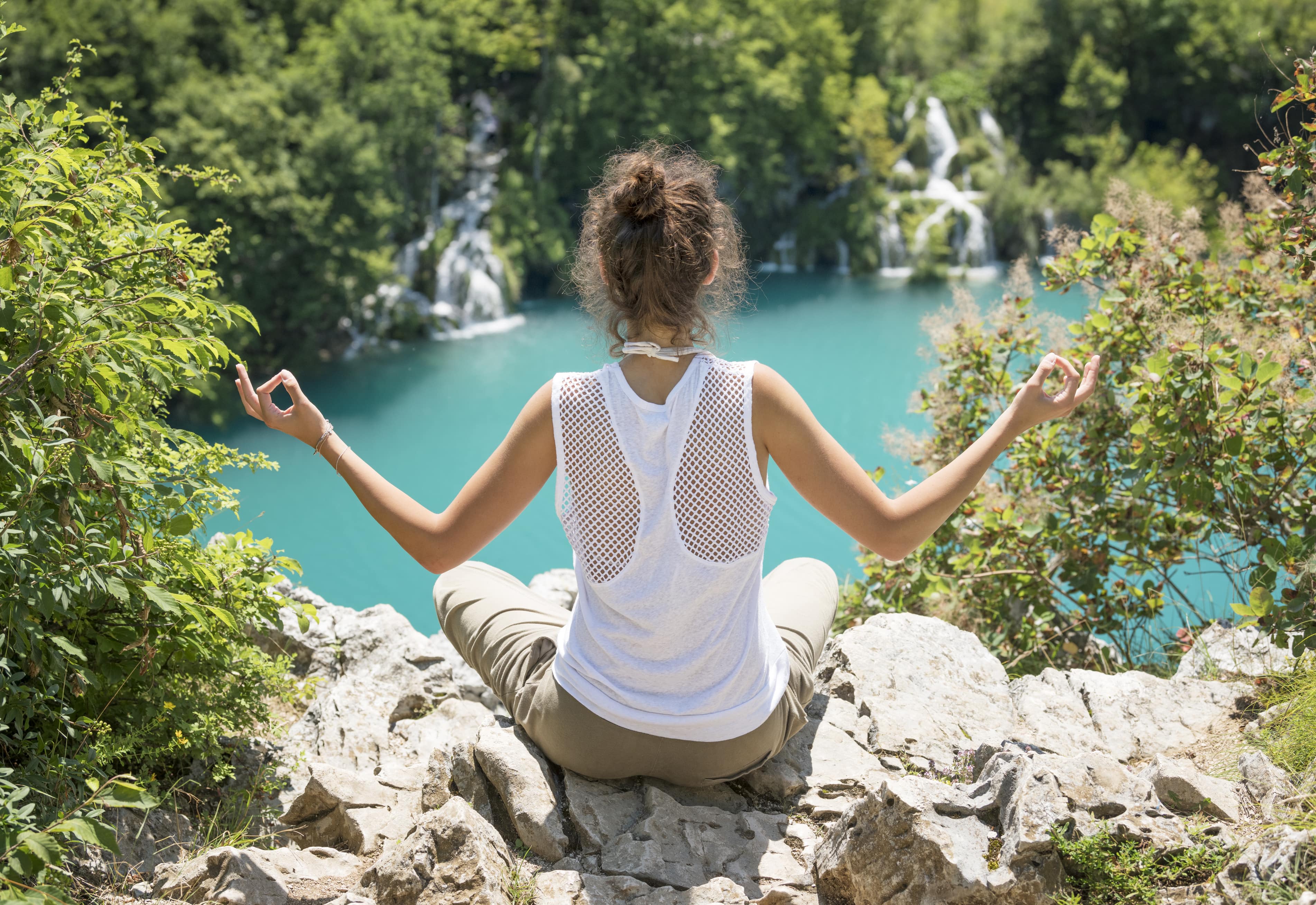 Top Places To Visit In Croatia 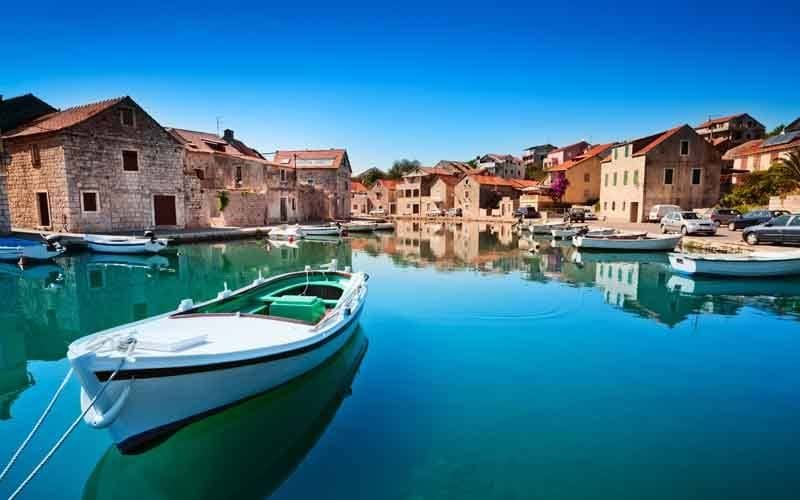 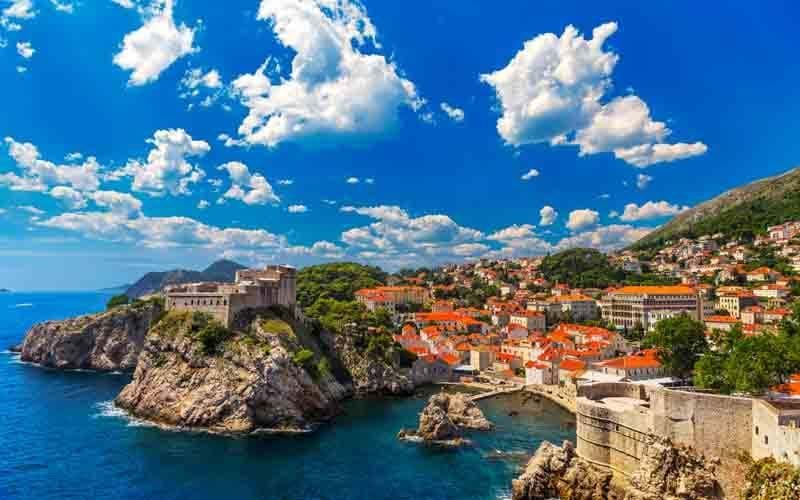 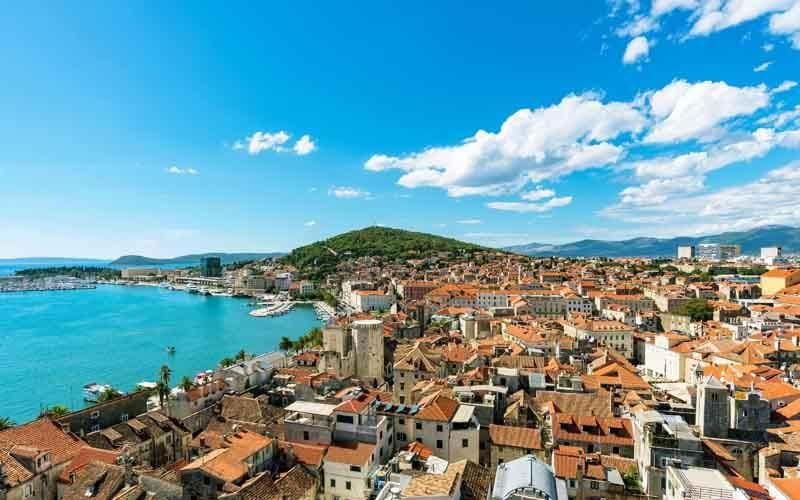 Located at the top of the Adriatic Sea lies the peninsula of Istria. Shared by Italy, Slovenia and Croatia, the peninsula is largely dominated by Croatia but enjoys a unique culture that blends all three. This beautiful stretch of Adriatic coastline has been welcoming holidaymakers for decades, but is still much less frequented than the country’s southern Dalmatian coast, making it a perfect way to get a glimpse at authentic Croatian culture. On our holidays to Croatia’s Adriatic Coast, we’ll visit the coastal towns, Pula, Rovinj and Poreč to discover the remarkably preserved Roman and Venetian heritage throughout the region.

Croatia’s Dalmatian Coast is known for its stunning coastline, multitude of islands and unique culture and traditions. Its origins as a maritime Kingdom and trade centre with the Venetian republic have given this region a rich history that is waiting to be discovered. On our holidays to Croatia’s Dalmatian Coast, we’ll discover this history as we visit the cities of Šibenik, Split, and Trogir with a local, expert guide and enjoy plenty of free time to relax by the vivid blue waters of the Adriatic Sea.

If you’re more of a city person, then Dubrovnik, often referred to as the “Pearl of the Adriatic,” should be your next stop. Sandwiched between Croatia’s rugged mountains and sparkling blue sea, Dubrovnik has something for everyone with its stunning architecture and spectacular views. Famous for its cobbled streets, medieval architecture and historic buildings, it also boasts an endless supply of modern hotels, chic boutiques and stylish bars. Throw in the beautiful weather, delicious food and friendly locals and it’s easy to see why Dubrovnik is fast becoming a modern alternative to the traditional Mediterranean holiday spots.

The city of Pula has been an important stronghold since the prehistoric era because of its strategic location on the Istrian peninsula. The city itself has been occupied, destroyed and rebuilt numerous times but luckily, some of its most stunning architecture has been preserved to this day. On our holidays that include Pula, we’ll see some of the highlights of the town including the Triumphal Arch of the Sergii, the Gate of Hercules, and the Twin Gates and the Temple of Augustus. A highlight of any visit to Pula is its Roman Amphitheatre, which was built in the 1st century.

The city of Split, after Pula, is home to some of Croatia’s best Roman Architectural remains and a must-see when visiting the country’s Dalmatian Coast. The famous palace of Diocletian was built for a Roman Emperor in 305 AD and is still incredibly preserved to this day. On our Croatian holidays including Split, we’ll walk through the winding cobbled streets of the city’s old town and enjoy a visit to St. Dulmus cathedral and treasury; all with an expert guide to give us the history of this impressive city.

Croatia is a breathtaking country situated along the Adriatic Sea in Eastern Europe. Boasting an intriguing blend of history and culture, rugged mountain terrain and translucent turquoise waters, this stunning little country is a must-see. With over 1000 islands and striking coastal cities like Dubrovnik and Poreč, it’s no wonder why Croatia is so popular with holidaymakers. On our holidays to Croatia, we’ll explore its remarkable coasts, beautiful islands and idyllic towns. We’ll visit important culture sites with an expert, local guide to give us the history of the region and enjoy plenty of leisure time to relax and soak up the sun or dive into the stunning waters of the Adriatic Sea. Whether you choose to visit the country on its own, or pair it with other Adriatic countries like Italy and Slovenia, we have a selection of tours to suit every need. 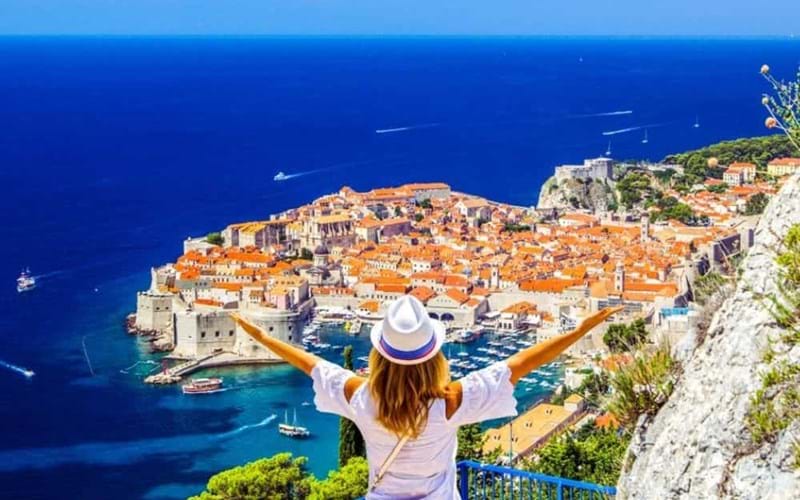 One of the best preserved medieval towns in the world, surrounded by impressive defensive walls overlooking the Adriatic. With our local guides you can learn more about the Old Town’s fascinating history and even just wandering through the streets is a true delight.

One of the excursions you can enjoy on our Dubrovnik holidays is a visit to Korcula Island. The dense woods led the original Greek settlers to call the island Korkyra Melaina. Korčula impresses with its rolling hills, indented coves and a walled old town that resembles a miniature Dubrovnik. 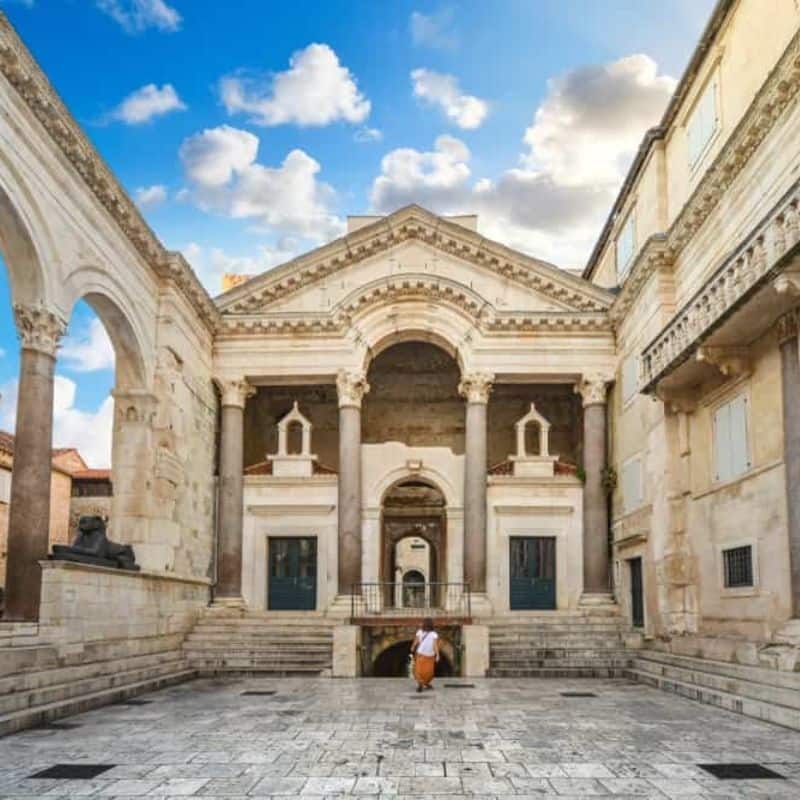 While it’s called a palace, which was built for the Roman Emperor Diocletian, the structure is so large it forms almost half of Split’s Old Town. A UNESCO Heritage Site, it’s one of the best examples of Roman architecture.

Located on a hill, 70 meters above sea level, the tower is visible from everywhere in the town and is the oldest inhabited part of Sibenik. It has been rebuilt several times, including after an incident where a lighting strike caused an explosion. 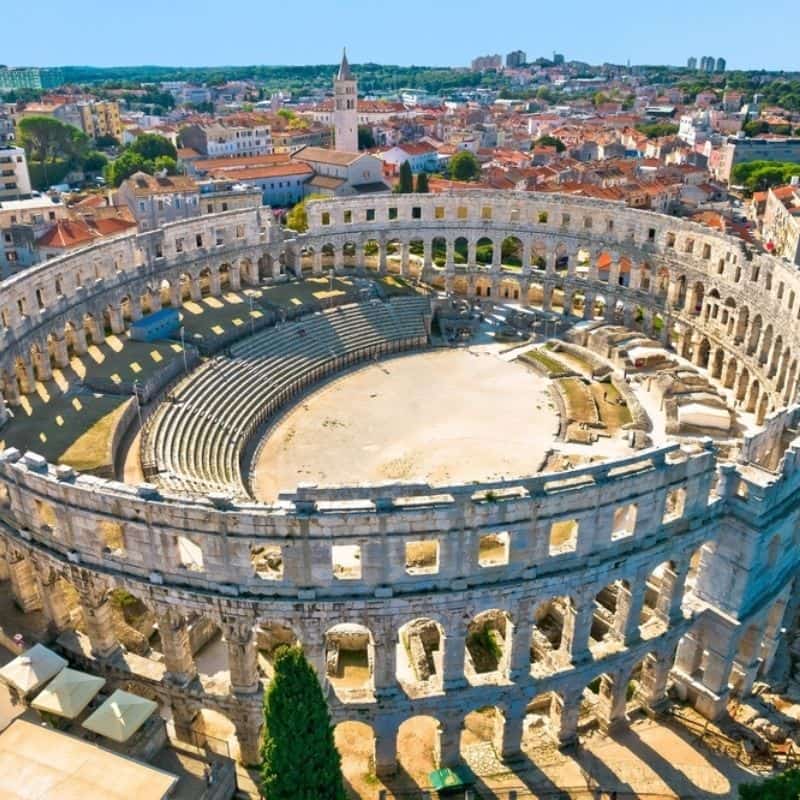 Constructed during the reign of Emperor Vespasian, at the same time as the Colosseum in Rome around 100 BC. Many gladiator fights were held in front of over 20,000 spectators and later in the Middle Ages, it was used by the Knights of Malta for tournaments.

The medieval town of Motovun in northern Istria is perhaps one of the most famous and charming places in the region. Located on the hilltop, the town watches over the valley of the River Mirna. For centuries, tourists have been coming to Motovun to discover the history within its walls and appreciate the natural beauty of the valley.

Do I require a holiday visa to travel to Croatia?

All EU/EEA nationals must present their valid passport on arrival in Croatia. A visa is not required for EU passport holders. For information on visa requirements for non-EU citizens, we recommend you contact the Croatian embassy or consulate in your country of residence. UK citizens can find further information by visiting www.gov.co.uk

Will I be met in the airport when I arrive in Croatia?

You will be met on arrival at your destination airport and transferred to your accommodation. You will be accompanied on all included excursions by your Travel Department guide. Your expert local guide can give you tips and advice on any aspect of your Croatia holiday.

Is it safe to tour Croatia?

The places visited on your itinerary are generally safe and our guides will always keep an eye out for you. However, in any large city there can be opportunists and pickpockets. It is wise to be vigilant, especially at busy tourist attractions, and always take good care of your personal belongings. Make use of the safe at your hotel, and carry a photocopy of your passport when out and about. Always take extra care when using public transport.

Can I use my bank cards while holidaying in Croatia?

ATMs are widely available.  Before you travel, we recommend you seek information from your bank regarding card validity and charges.  If changing money in banks or exchange offices, it’s wise to check what rate and fees/commissions will apply.

What advice do you have for tipping in restaurants while in Croatia?

Gratuities are not widely expected; however that doesn’t mean they are not appreciated. In the more formal restaurants you could tip 10-15% if you are pleased with the service. In cafes and more casual establishments you can leave some coins from your change on the table, or round up your bill at your own discretion.

What kind of plugs / sockets are used in Croatia?

In Croatia the power sockets are of type F. These are the two prong outputs. The standard voltage is 230 V and the standard frequency is 50 Hz. To avoid any issues we always recommend travelling with a universal adapter as this will be able to work in any country you visit.

Reviews, Travel Tips & Advice To Inspire Your Next Croatia Holiday

10 things to do in Croatia

There is so much to uncover in this historic part of Croatia; check out our recommendations for the top things to do when you visi...

This remarkable series used various stunning locations around the world as filming backdrops, many of which can easily be visited....

Offer valid for any new bookings made between 26th of December 2021 - 31st of January 2022 only. This offer is valid for all departures up until 31st of December 2022. Offer is €75pp off any holiday of 8 nights or more, €50pp off any holiday of 5-7 nights or €25pp off holidays of 4 nights or less. Offer can be redeemed on bookings made online, by phone or in our travel store on Level 2 in Arnotts using the specific promotional codes detailed above. Offer is non-transferable and cannot be used in conjunction with any other offer.