If you’re considering taking a holiday to Turkey, we suggest visiting Istanbul first, as it’s a remarkable introduction to a country that lies between Europe and Asia. Formerly known as Constantinople and once seen as the capital of the world, Istanbul is the fusion point of where East meets West. Istanbul is an exciting cosmopolitan city with a rich and diverse history; from Roman rulers to the Ottoman Empire and you can still experience their legacies. Discover the top highlights you can experience on our Istanbul City Break.

1. Embark on a Bosphorus cruise 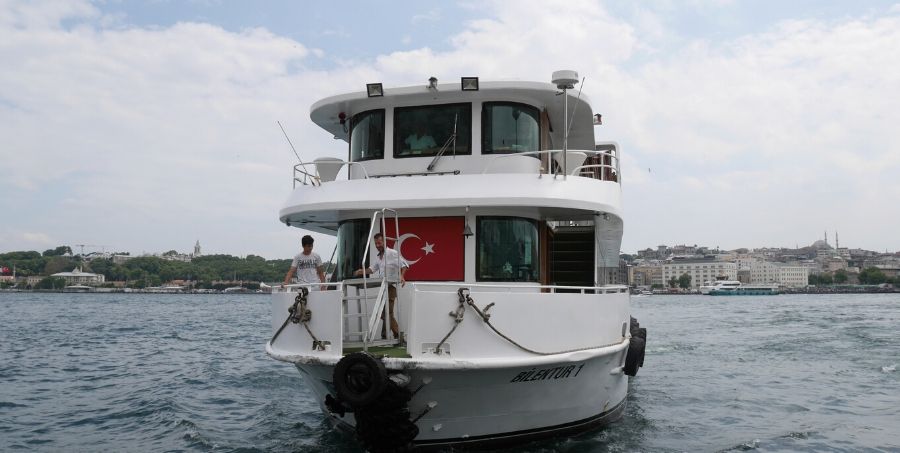 An optional excursion we highly recommend is taking a cruise on the Bosphorus River. Sit up on deck with a pint of Efes, the national beer of Turkey and take in the beautiful surroundings, such as the Beylerbeyi Palace, the summer residence of the Ottoman Sultans, and Rumeli Hisari, a medieval fortress.

2. Take a stroll around Taksim 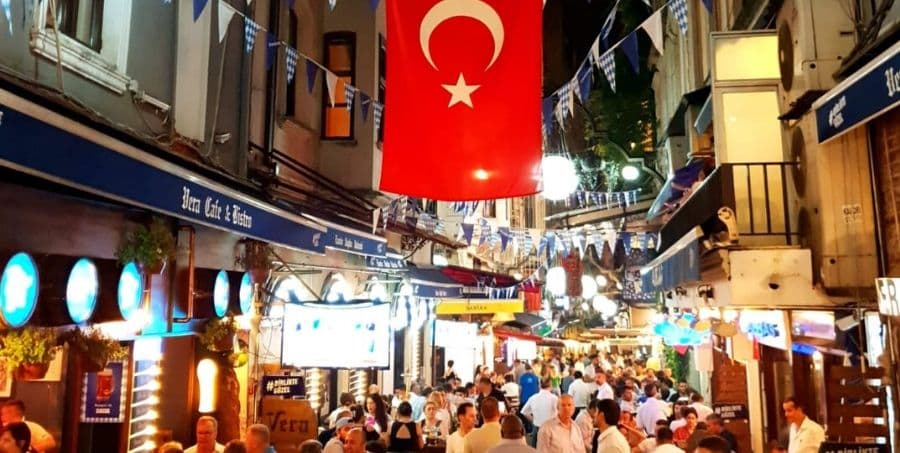 The Republic Monument, which depicts the founders of the Turkish Republic, situated in Taksim Square, is a major leisure district and considered to be the very modern part of Istanbul; when you stroll along the streets it has a similar feel to Grafton Street, except a lot more vibrant and the shops and restaurants seem to be open 24/7! Make sure to order an ice-cream from one of the vendors, they will serve it to you in a very entertaining way!

A few members of the Travel Department team enjoying their visit to Topkapı.

Topkapı was the main residence and headquarters of the Ottoman sultans for nearly 400 hundred years. In the 15th century, aftering conquering Constantinople the capital of the Byzntine Empire, Mehmed II ordered the construction of the palace. His successors changed and remodeled the palace, where you can see various architectural styles and decorations from Islamlic, Ottoman and European. Between 1,000–4,000 people lived in Topkapı Palace, including up to 300 in the harem. When the Ottoman Empire ended in 1923, it became a museum and today it gives a fascinating insight into the Ottoman lifestyle. 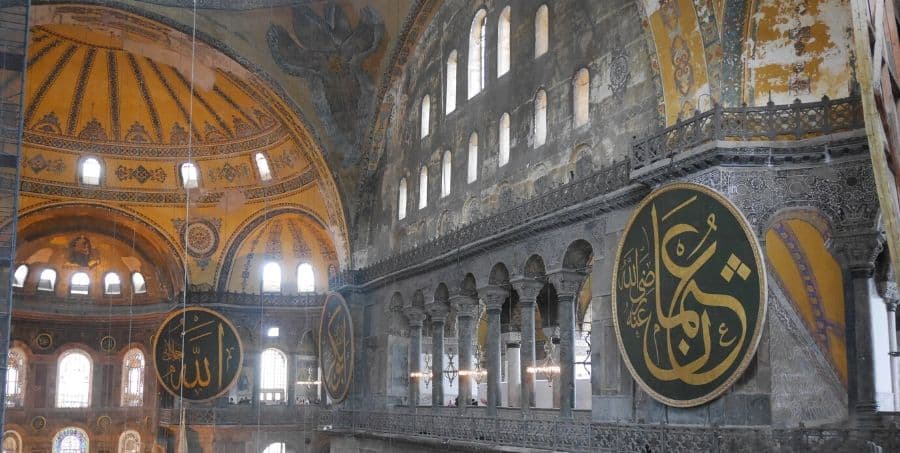 Considered to be the epitome of Byzantine architecture, Hagia Sophia is a stunning and historical building which was originally a church, then a mosque and it became a museum in 1934. Very recently and perhaps controversially the Turkish president ordered the reclassification of Hagia Sophia as a mosque, but tourists are still welcome to visit. Inside you’ll see wonderful mosaics, the grand dome and impressive marble pillars. With so much history and influence from various cultures and religions, it’s no wonder it’s one of most visited tourist attractions in Turkey.

5. Shop in the Grand Bazaar 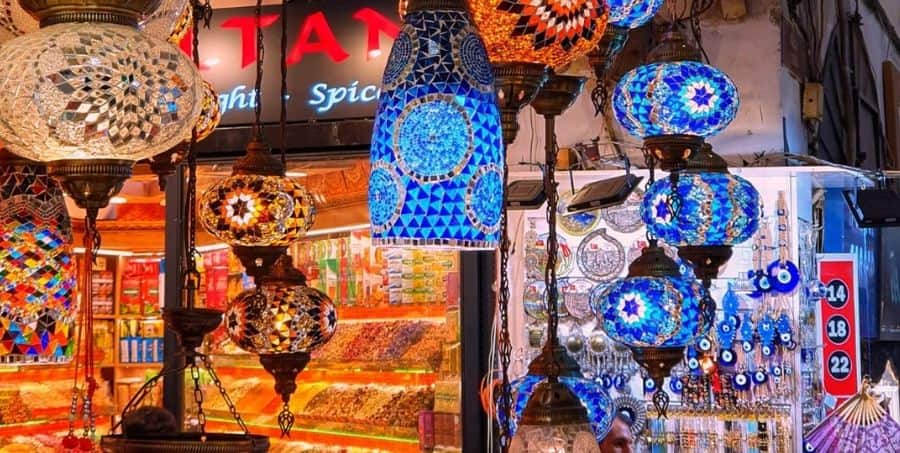 You can just about find anything in the largest and oldest covered market in the world, from Turkish Delights, carpets, jewelry, tea to leather goods. Remember to reject the first offer and try haggling, or “pazarlik” in Turkish, the price down, it’s very much expected and all part of the fun when shopping in the Grand Bazaar. 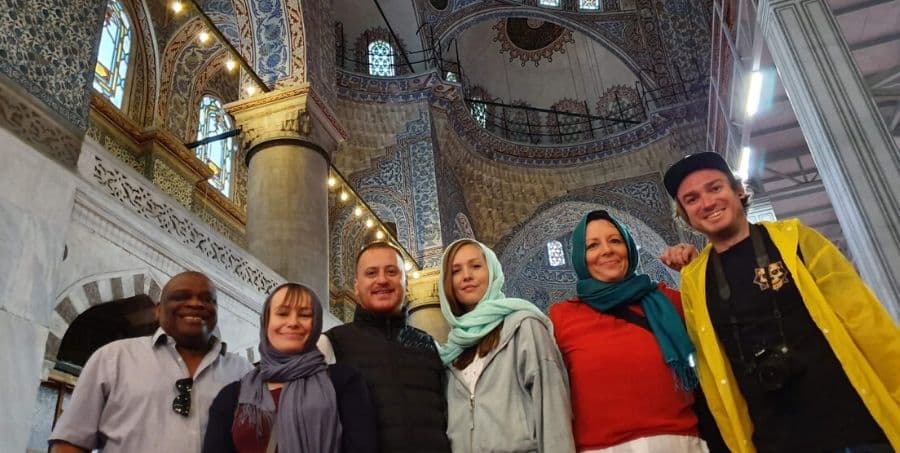 A masterpiece completed in 1619 by the Ottoman architect Sedefkar Mehmet Aga, it’s known as the ‘Blue Mosque’ to tourists because of its stunning interior blue titles. As it’s still an active Mosque, you will need to dress appropriately when visiting, women will need to cover their heads with a scarf and all visitors will need to have their knees and shoulders covered. 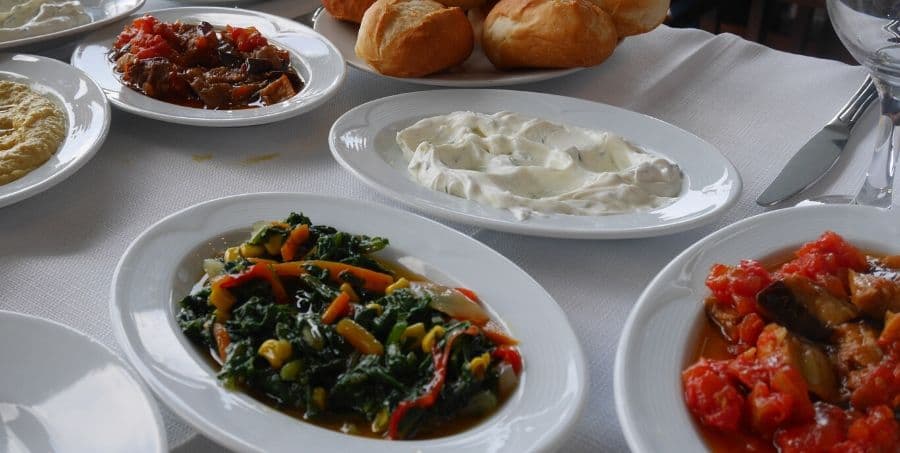 Turkish cuisine is considered to be one of the best in the world, due to its variety of incredible produce across the country. Turkish food is mostly a legacy of the Ottoman cuisine, but it has been influenced by various other cultures over the centuries. There are many diverse dishes to try in Turkey; a Meze is a selection of small dishes such as humus, dolma and Babagannuş and is a great introduction to Turkish cuisine. The Travel Department team recently visited ‘Pudding Shop’, a restaurant frequented by travellers doing the hippie trail, and enjoyed a delicious Doner Kebab. Our guide recommended Ayran, a salty yoghurt based drink, to accompany this. For those who fancy something a little bit stronger you can try Raki aka Lions Milk, an anise flavoured alcohol similar to Greek Ouzo. One of our favourite dishes was Lahmacuna, a Turkish version of a pizza topped with minced meat and vegetables.

8. Relax with a Turkish Bath

A trip to Turkey wouldn't be complete without experiencing an authentic Turkish Bath. During your free time we recommend visiting Cagaloglu Hamami, the last hamam to built during the Ottoman Empire in 1741.

Take a city break to Istanbul and if you want to see more of this fascinating country, you can also enjoy our Istanbul & Ancient Turkey holiday. 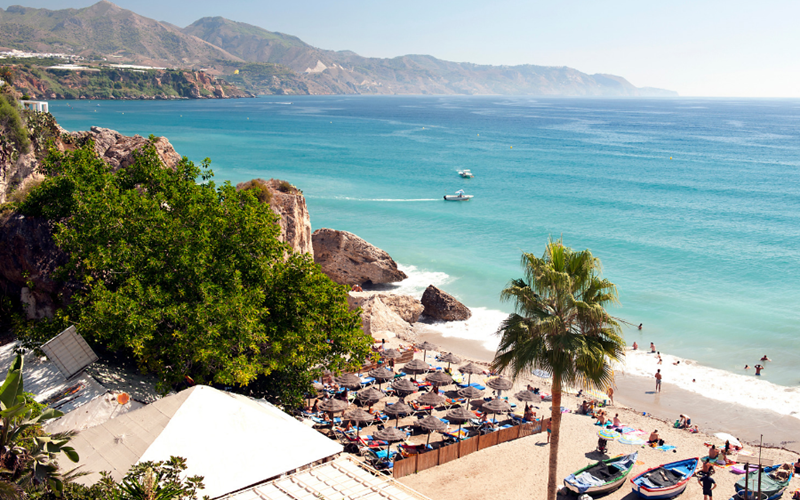 When deciding where to go for your next short-haul holiday, the same places probably spring to mind. ... 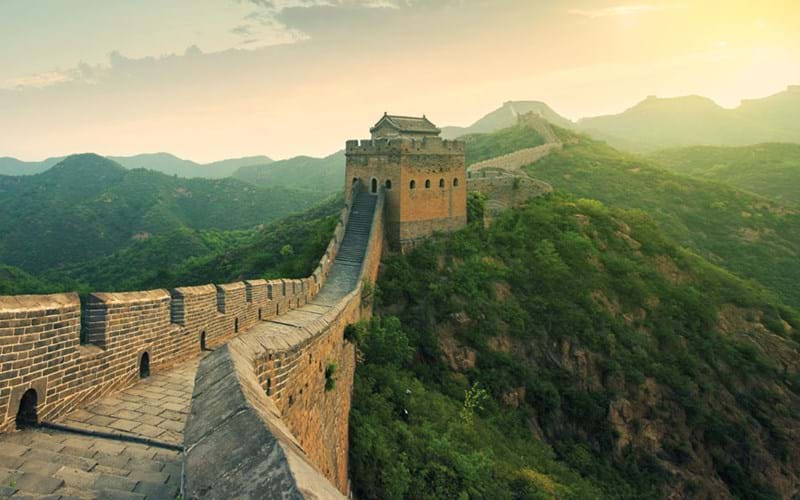