Top attractions in Spain you must see

If you’re planning a holiday to Spain, then check out our suggestions below of some of the top sights you should see in this stunning country. Explore the many different sides of Spain, from soaking up some sun along the Mediterranean to experiencing authentic Spanish cuisine and culture. Let's discover the top attractions in Spain. 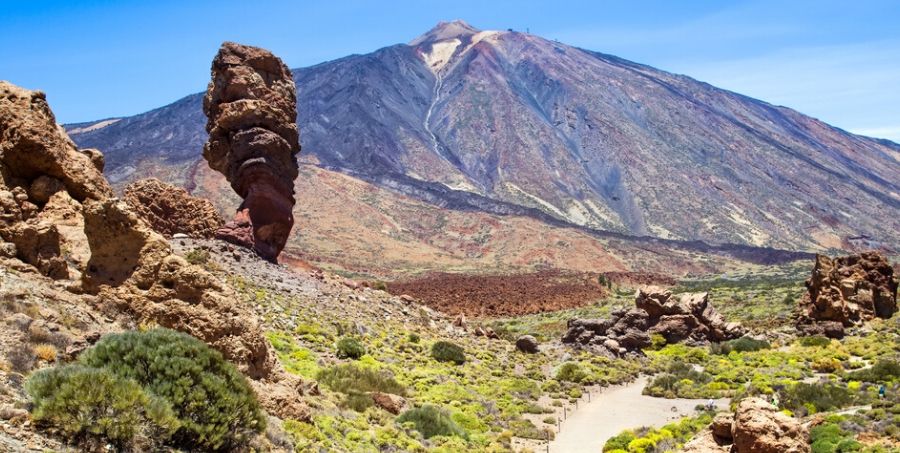 On our Tenerife holidays, one of the highlights is to see Mount Teide, the third biggest volcano in the whole world. The volcano is located in Teide National Park, which was named a World Heritage Site by UNESCO in 2007. The visual impact of the site is all the greater due to atmospheric conditions that create constantly changing textures and tones in the landscape and a ‘sea of clouds’ that forms a visually impressive backdrop to the mountain. 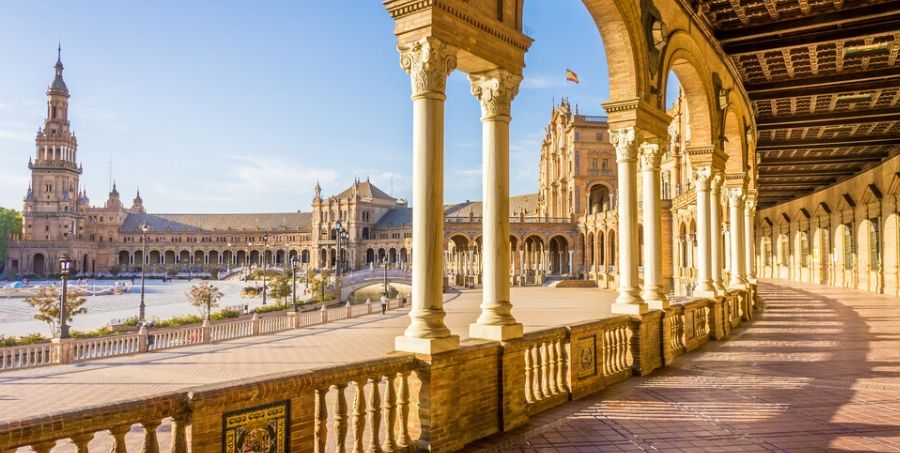 Plaza de Espana in Seville is a lovely place to stroll around and see the beautiful ceramic and mosaic works. Or, just sit on a bench and watch the boats go by. On our Andalucia holidays, you can experience Spain’s most lively and colourful city, located on the banks of the River Guadalquivir. Seville is famous for flamenco, tapas and a rich cultural and architectural heritage. Its vibrant historic centre boasts remarkable sites, including the cathedral and La Giralda tower, the vast and impressive Alcázar Palace and gardens, and the Santa Cruz quarter with its flower-filled balconies and hidden courtyards. 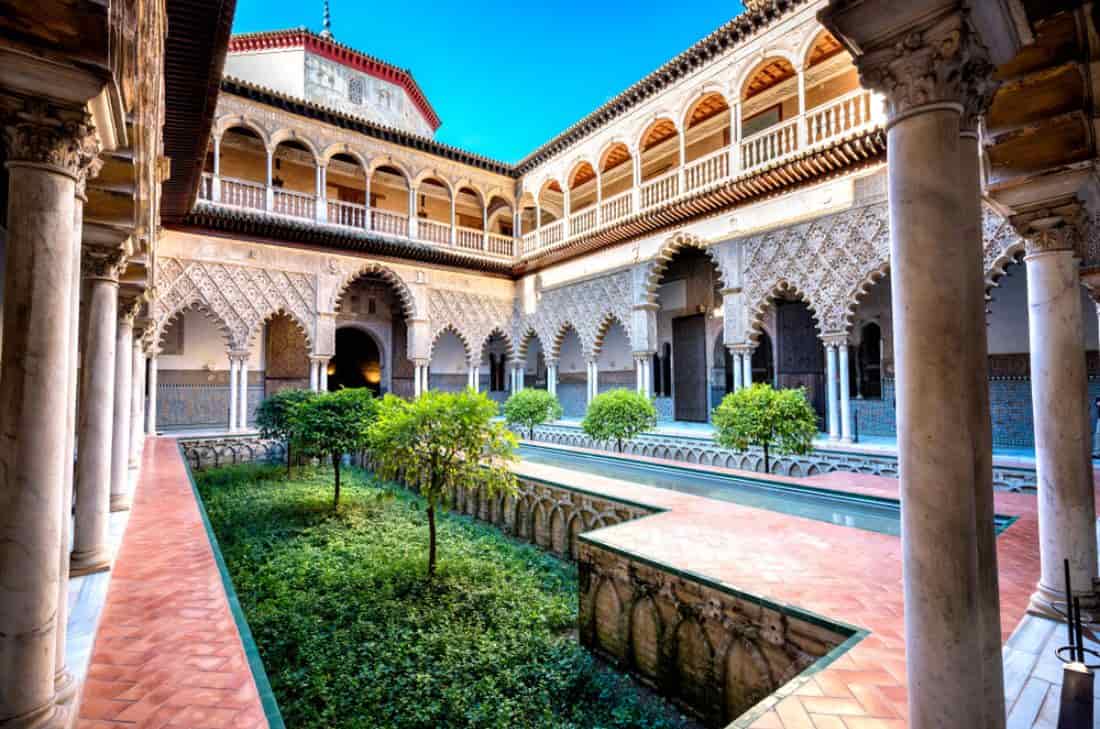 The Royal Alcázar of Seville is located near the well known Jewish Quarter and is an impressive example of Renaissance and Baroque architecture. It is the oldest European Royal Palace that is still in use today and was declared a UNESCO World Heritage Site in 1987. During your trip, you should take some time to explore the stunning courtyards and halls of the palace, as well as the Patio de las Doncellas. Alcázar has been featured in several films and TV series including Lawrence of Arabia and, more recently, Game of Thrones. Another feature of the palace is the Royal Gardens, where you can enjoy a magical maze of orange trees. 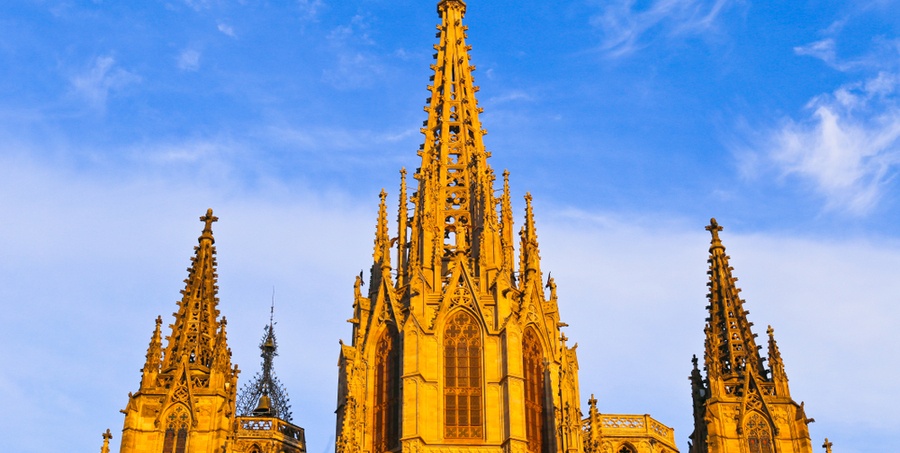 Antoni Gaudí was an incredible Spanish architect, The Sagrada de Família is a Roman Catholic church and is one of his most iconic creations; and one of the top sights to see in Barcelona. The construction of the Sagrada Família in Barcelona began in 1892 and it’s expected to be completed in 2026! Gaudi allegedly stated “My client is not in a hurry." Even though it’s still not completed, it is a remarkable architectural feat. You will also find the Museu Gaudí close by, which gives a background to Gaudí and the building of the Sagrada de Família. Casa Milà or La Pedrera is another stunning building designed by Gaudí. Everything from the facade down to the tiniest detail was envisioned by Gaudí. The rooftop also has a surreal sculpture park and it’s believed that some of the statues were even an inspiration for the costumes of the storm troopers in Star Wars. 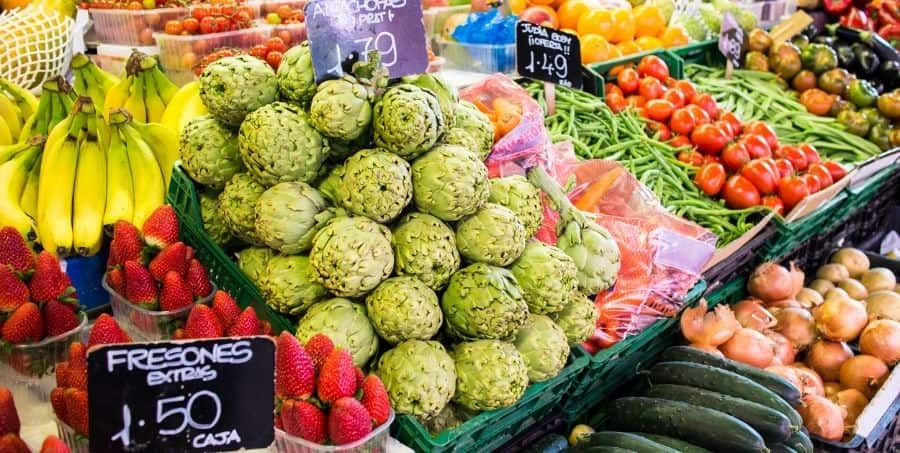 As Barcelona is a coastal city, there is an abundance of seafood. There is a fantastic food market near La Rambla, the famous La Boqueria. There is such a wonderful variety of fruits, vegetables, fish, meat and more! A foodie paradise!

Houses on the Onyar 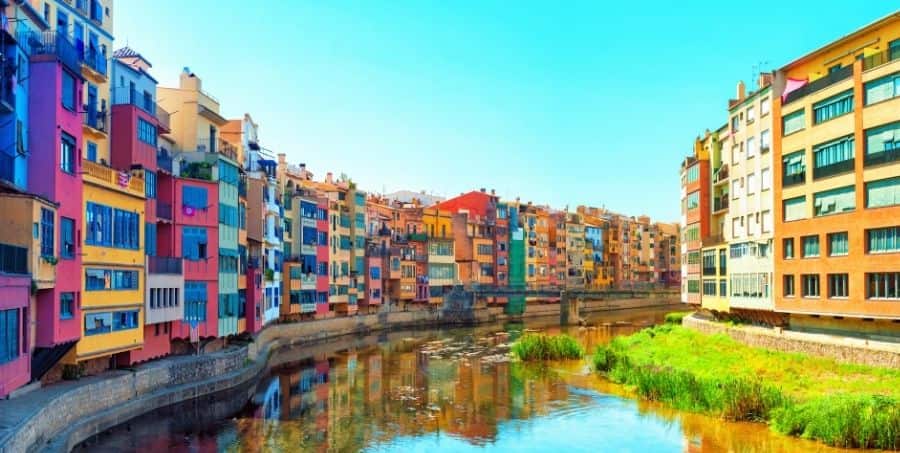 They call Girona the “City of the Four Rivers” and it’s truly a stunning place. "Les Cases de l'Onyar" or Houses on the Onyar is an iconic landmark of Girona, a colourful and stunning city. It’s a great excursion from Barcelona and it’s not too far away. 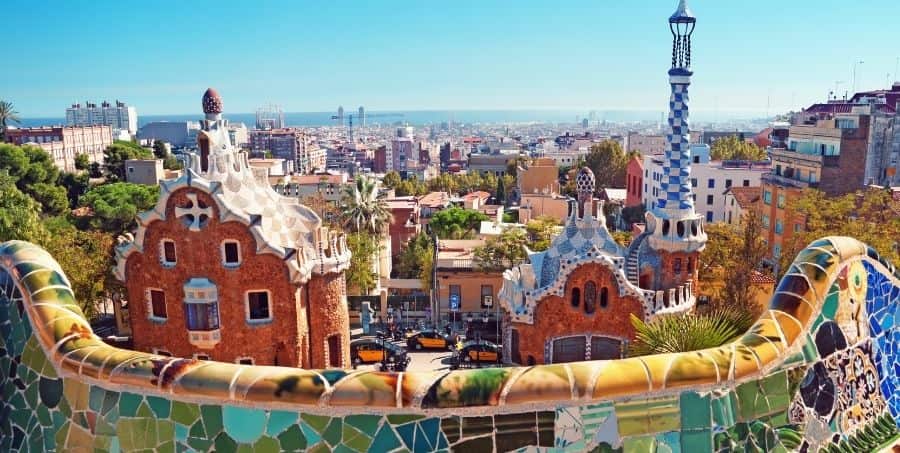 Park Güell, a garden complex with colourful mosaics, is another one of Antoni Gaudí's magnificent works that you can visit in Barcelona. You can spend hours walking around the park, taking in the scenery and especially the panoramic views of the city. The stunning city of Barcelona, just one of the highlights on our Costa Brava holidays. 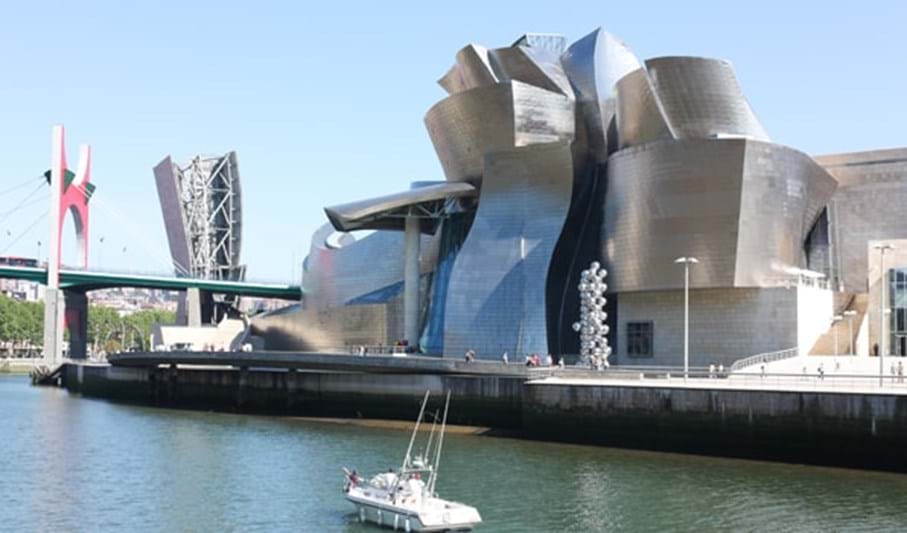 One of the highlights of the Basque country, located on the Nervión river in the bustling city of Bilbao, the Guggenheim Museum Bilbao is a fantastic museum of modern and contemporary art. Even the Guggenheim, designed by Frank Gehry, is an impressive feat of architecture. 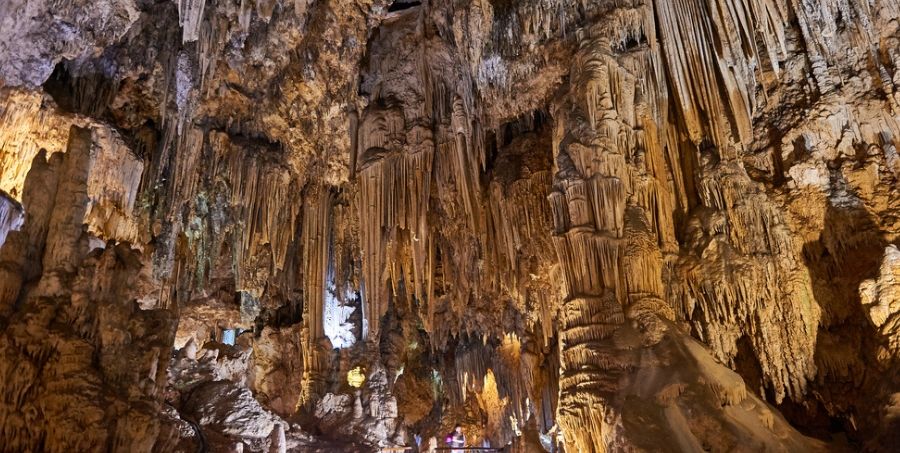 Nerja is approximately 50km east of Malaga in Andalucia and has a long history, which can be seen in the ancient paintings found in the Caves of Nerja. These caves are now believed to be just one entrance to a linked series of underground tunnels which extend many miles into the mountains between Nerja and Granada. 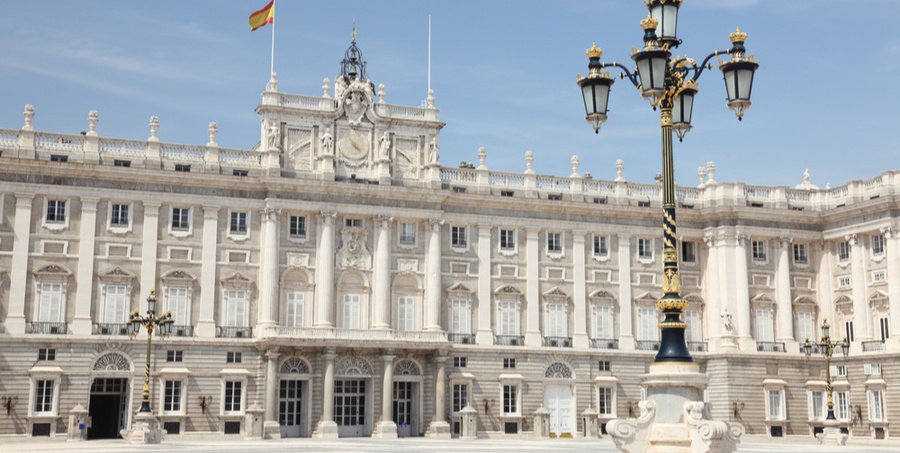 The official residence of the King of Spain, the Royal Palace is the largest building in Madrid and the largest Royal palace in Western Europe. It was built on the site of the old Alcázar, the Moorish castle that was destroyed by fire in 1734, and the old city wall around this area may still be seen. Founded in the 9th century the capital has a rich history, a thriving art and culture scene, fantastic food, and there are plenty of other sights and attractions to discover on a Madrid city break. 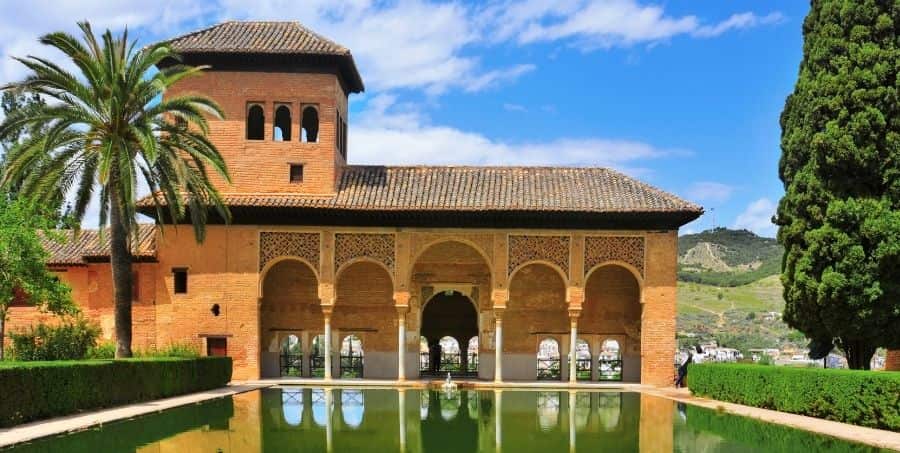 The jewel in Granada’s crown is La Alhambra, which stands at the foot of Spain's highest mountain range, the Sierra Nevada. Dating from prehistoric times, Granada developed as a city under Roman rule. The Arabs invaded the peninsula in the 8th century and Granada was the last Muslim city to fall to the Christians in 1492. The UNESCO listed monument complex of La Alhambra, with magnificent palaces, patios and gardens, is one the best sights to see in Spain and should definitely be on your travel list. 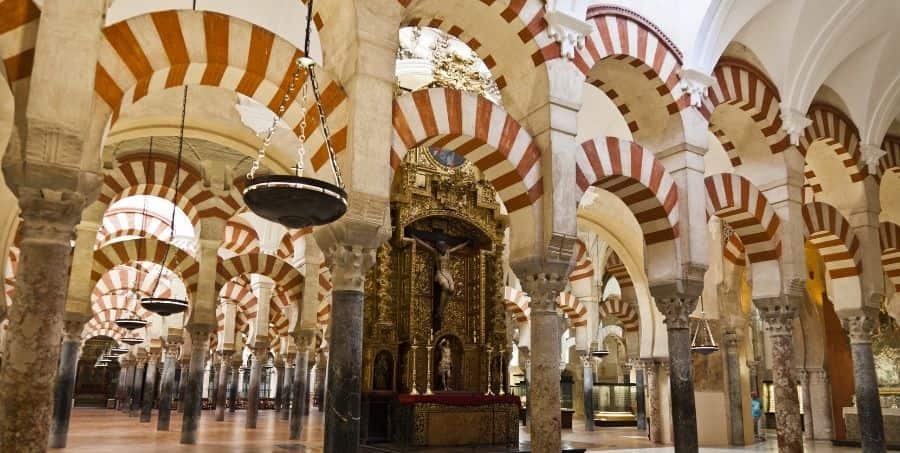 Cordoba was a significant port city in Roman times, used for shipping olive oil, wine and wheat to Ancient Rome. The city later became the capital of the Moorish kingdom of El-Andalus, and this was when the Great Mosque, or ‘Mezquita’ was created. When Cordoba was re-taken by the Christians in 1236, the new rulers were so awed by its beauty that they left it standing, building their cathedral in the midst of its arches and columns. 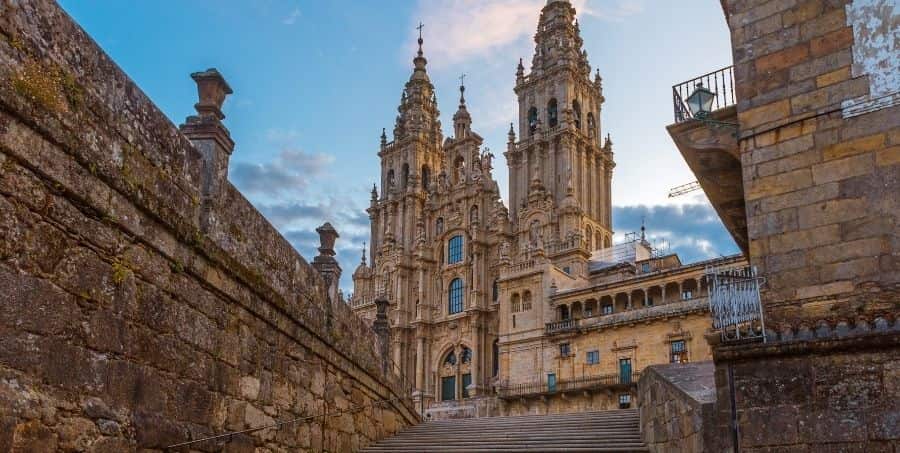 It's believed that Saint James, one of the twelve apostles of Jesus, is buried in Santiago de Compostela Cathedral and this is the end point of the famous Camino walking trails. The ancient city of Santiago de Compostela is a fantastic place to visit, especially the old town. Its narrow streets, pretty squares and impressive buildings are atmospheric and captivating, especially if you’ve arrived there after making the adventurous journey on a Camino Walking Holiday with our sister brand TD active Holidays. For those who would like to take a more laid back approach, you can explore Santiago de Compostela  as part of our northern Portugal holiday. 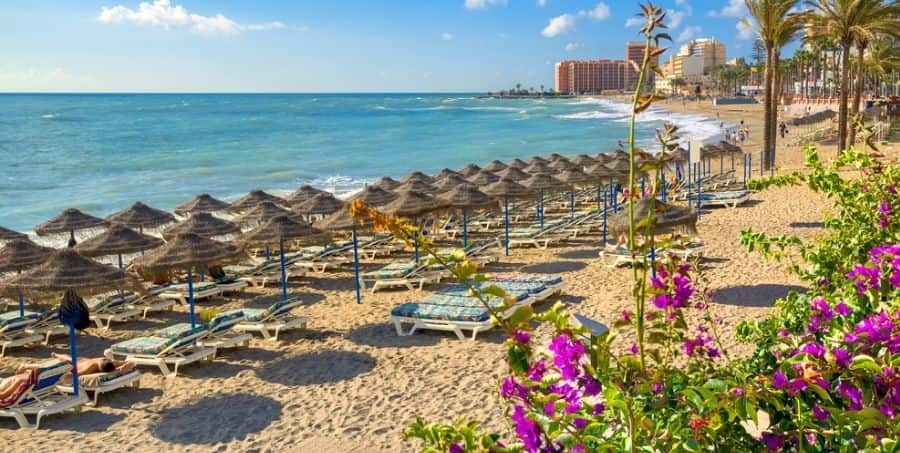 It wouldn’t be a trip to Spain without experiencing the famous beaches of the Costa del Sol. It’s the perfect spot to soak up the Spanish sun and visit some of the best attractions in Andalucia.

Discover all our guided holidays to Spain and our local expert guides will show you all the wonderful gems of this country. 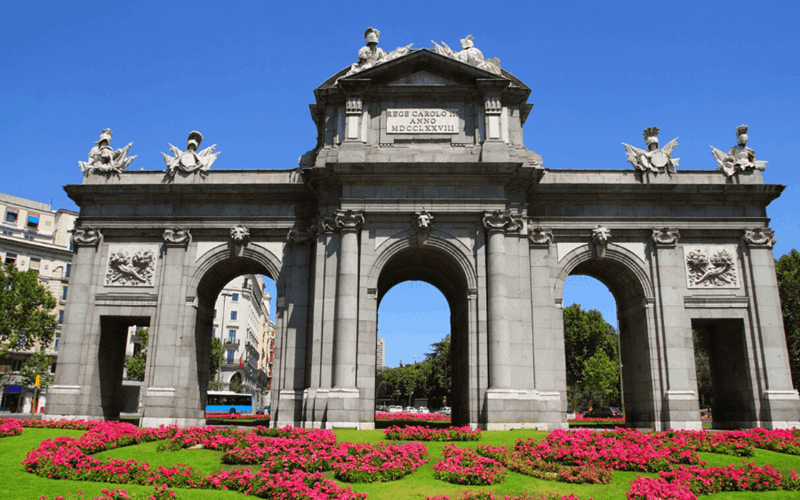 The biggest city in Spain and the third largest in Europe, the Spanish capital Madrid is the perfect choice for a short break or a quick getaway. ... 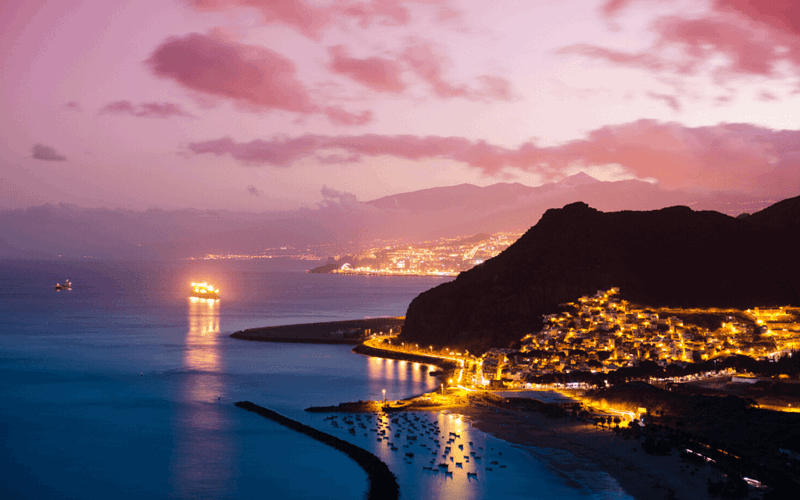