Lazing by the sea in the sunshine is one of the most enjoyable things you can do on holidays, but Tenerife has some other tricks up its sleeve too. The largest and most populous island of the Canary Islands, with one of the most interesting histories. The island first became inhabited in 200 BC and was conquered by Spain in the 15th Century. Legend goes that Tenerife was one of the highest peaks in the sunken city of Atlantis! It is famous for its spectacular natural beauty, array of tropical flora and fauna, year-round sunshine, charming colonial towns, delicious cuisine and impressive volcanic landscapes. There are plenty of reasons why the ‘Island of Eternal Spring’ is one of the top holiday destinations in Spain. To help you plan your island getaway, we've chosen our top travel highlights, which you can discover on some of our included excursions as part of our 7-night Tenerife Coast & Country tour. 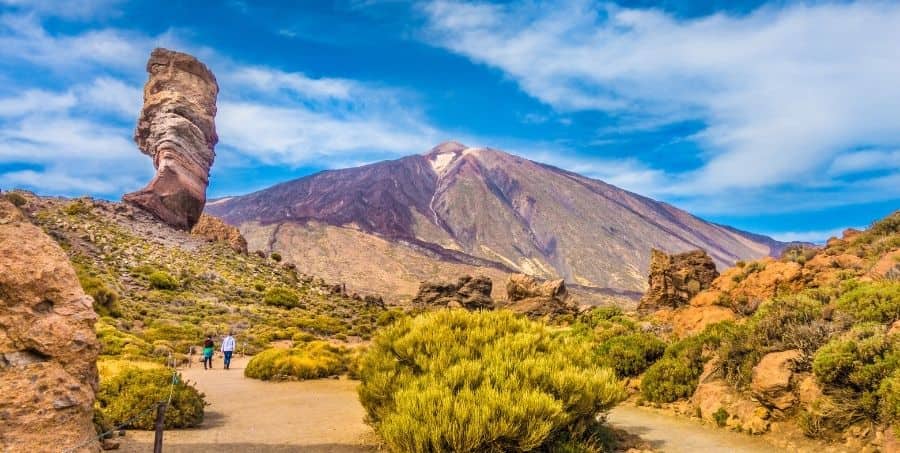 The famous Mount Teide and its surrounding park was declared a UNESCO World Heritage Site in 2007. As well as this impressive volcanic peak, the highest on Spanish soil and rising 7,500m above the ocean floor. It's truly a sight to behold, as the park is filled with unique geological features of many colours and shapes. Take the cable car to the top of the peak for some remarkable views of the surrounding landscape. With over 200 miles of coastline and a rugged volcanic landscape just waiting to be explored, you can enjoy a casual coastal walk or a gruelling mountain hike, either way you’ll be bowled over by the stunning scenery on offer here. 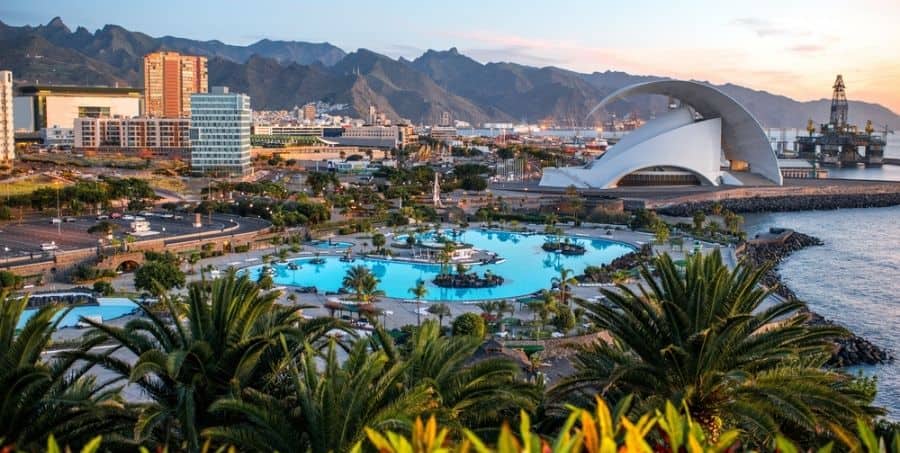 The joint and lively capital of the Canary Islands, Santa Cruz has many attractions such as Plaza de los Patos, García Sanabria Park and it has a variety of museums, art galleries and green parks. Plus it’s a great place for shopping! Also, it’s famous for hosting its annual carnival festival, the second biggest in the world. The city’s Museum of Man and Nature offers interactive exhibits chronicling the history of Tenerife from prehistoric times to the present day. 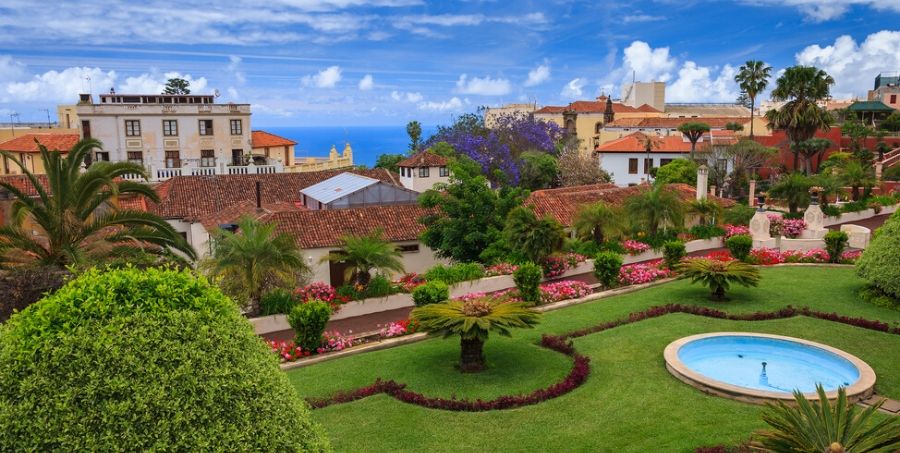 Tenerife has a huge variety of flora and fauna. In your leisure time, you should consider a trip to the botanical gardens, which have a large range of tropical and subtropical trees, plants and flowers. 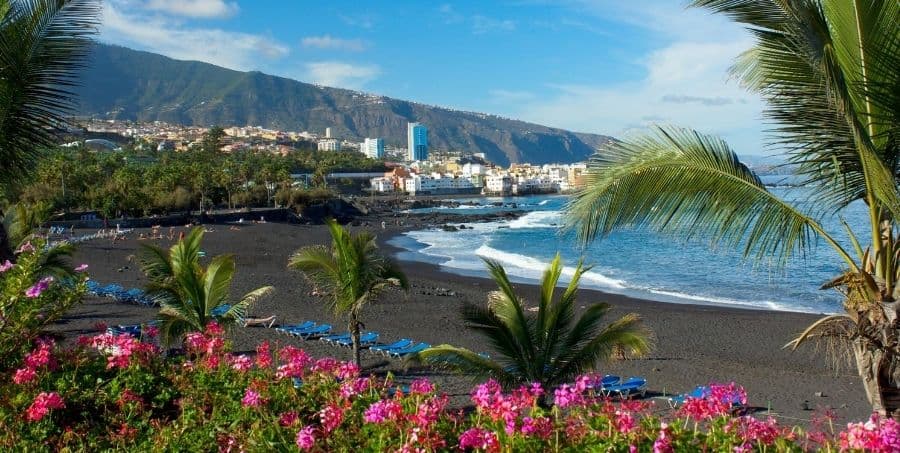 The island is home to an impressive selection of both sand and shingle beaches along its 213 miles of coastline. One of the most unique beaches in the area of Puerto de la Cruz is Playa Jardin which also has a colourful botanic garden to go along with the natural palm trees and volcanic sand; which is perfect for unwinding during the winter months as the black sand retains the sun’s heat. 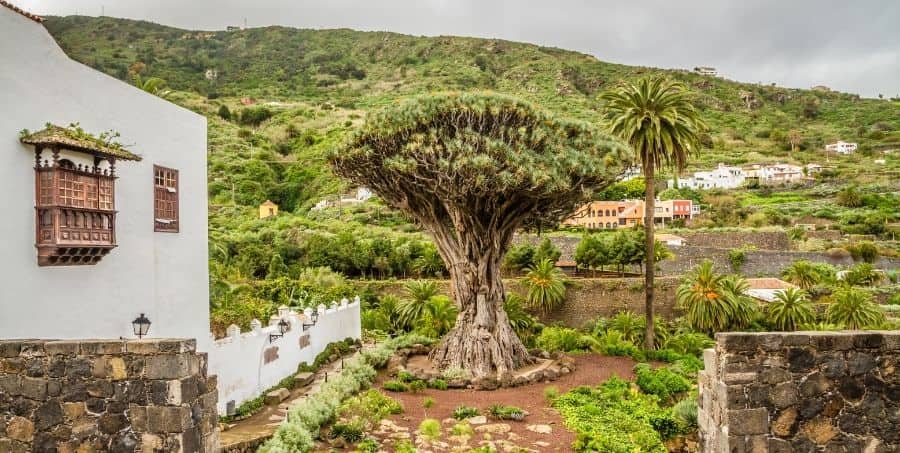 Situated in a valley between the sea and the mountains in the northwestern part of the island, the leafy village of Icod de los Vinos boasts a picturesque town square, Plaza San Marcos, and is famous for the Canary Islands Dragon Tree. This subtropical tree-like plant is believed to be over 800 years old and was declared a National Monument in 1917.

6. Get Lost in La Laguna 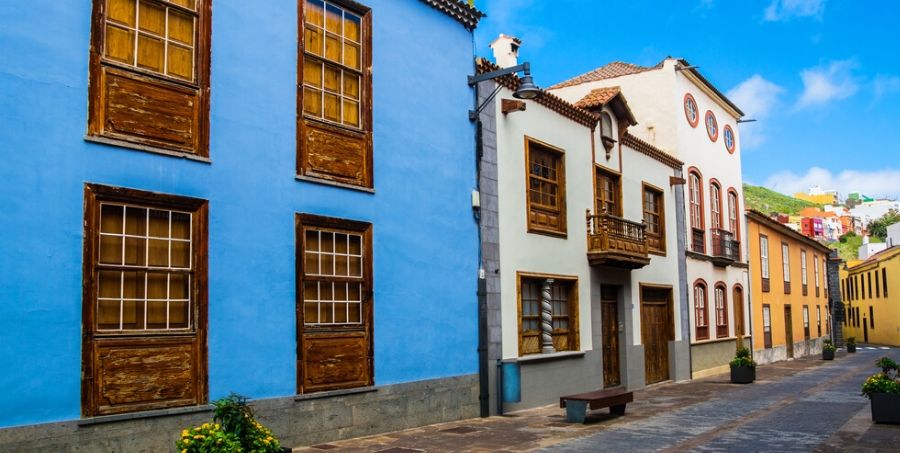 The former capital of Tenerife, San Cristóbal de La Laguna (commonly known as La Laguna) is a UNESCO World Heritage colonial city. It’s well worth spending an afternoon exploring the impressive cathedral and historic city centre. Its wide streets and open spaces are home to fine colonial architecture, including beautiful churches and buildings dating from the 16th to the 18th century.

The seafaring town of Candelaria is located near Puerto de la Cruz. It is home to the Basilica of the Virgen de la Candelaria, named for the patron saint of the Canary Islands. Legend has it that the famous carving of this ‘Black Madonna’ was washed up on the beach in the 14th century. The native Guanche people at first identified it with pagan gods, but it was later claimed by Christian settlers as ‘La Morenita’ and housed in the basilica.

8. Experience the best food in Tenerife 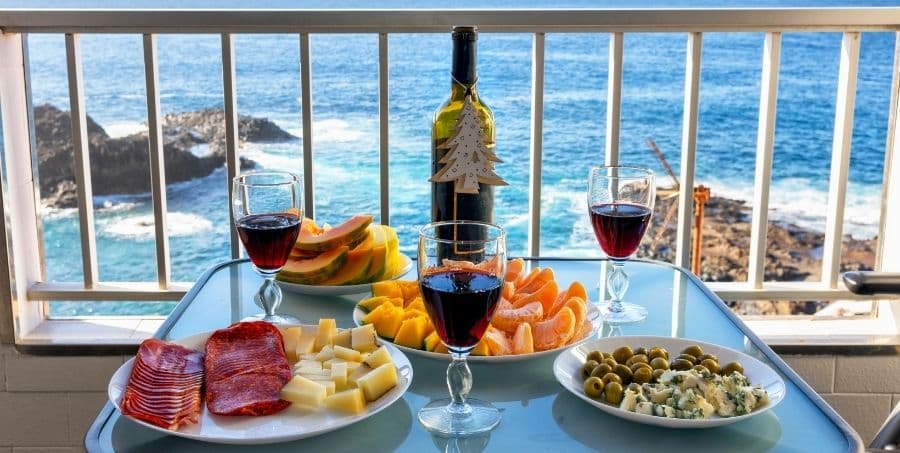 One of the highlights of any trip to this Spanish island is sure to be the local food and drink. Among the most typical regional recipes are Caldereta and Sancocho Canario, salted fish in a “mojo” sauce. Tenerife also produces its own distinctive wines, including the sweet Malvasia dessert wine.

If you’re looking for a trip to Spain that combines culture, history with a relaxing stay by the sea, then look no further than a Tenerife holiday. From its rugged volcanic landscape to the array of sand and pebble beaches along its coastline, you’ll be met with beautiful scenery in every direction. 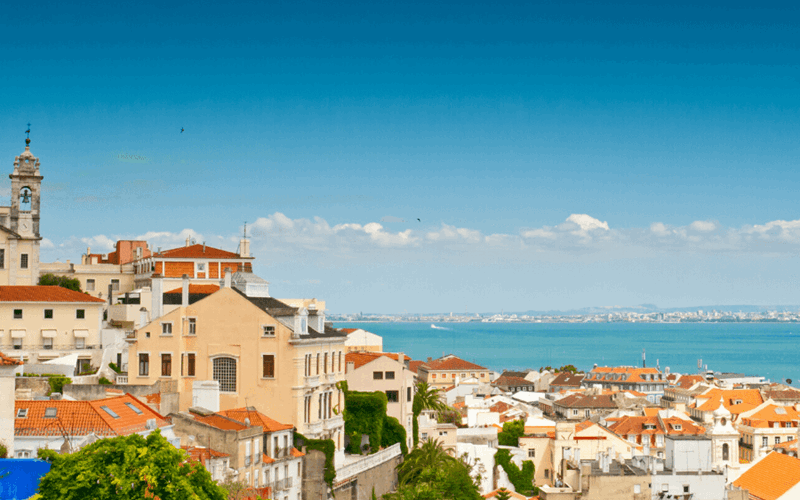 Top 10 attractions to visit in Portugal

Portugal truly has it all for that unforgettable holiday- a fascinating history, warm, friendly people, great weather and incredible beaches. ...

Check out the advantages and our reasons for going on a river cruise for your next holiday. ... 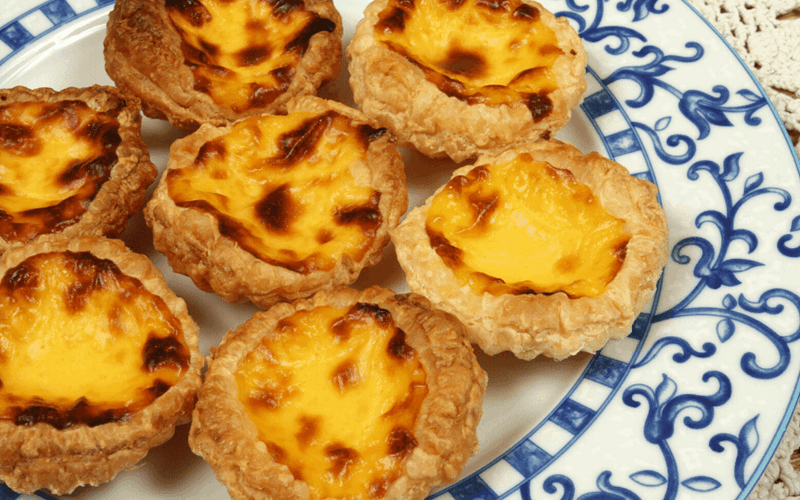