Located on the banks of the River Guadalquivir, Seville is Andalucía's liveliest and most colourful city, as well as its capital. Famous for flamenco, tapas and a rich cultural and architectural heritage, there's no shortage of ways to entertain yourself in this thriving city. Discover our top five attractions you must see in Seville. 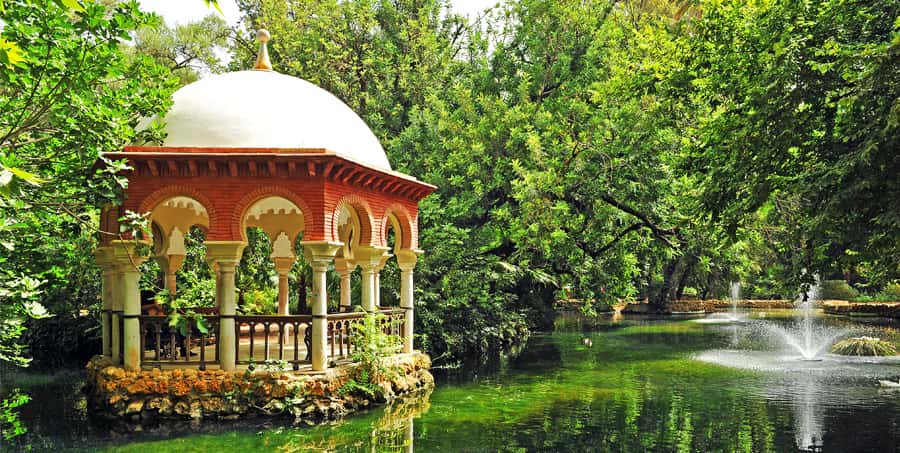 This large urban park is Seville’s main green area. It was designed by the French landscape gardener Jean-Claude Nicolas Forestier for the Ibero-American Exposition of 1929, part of which was held in the park. This park also serves as a botanical garden, and a significant characteristic of the park is the frequent use of fountains, ponds and furniture made from ceramic tiles. A stroll through this park is a must, and from the park you can easily get to the Plaza de España, which was built on the edge of the park and is another must-see sight in Seville. 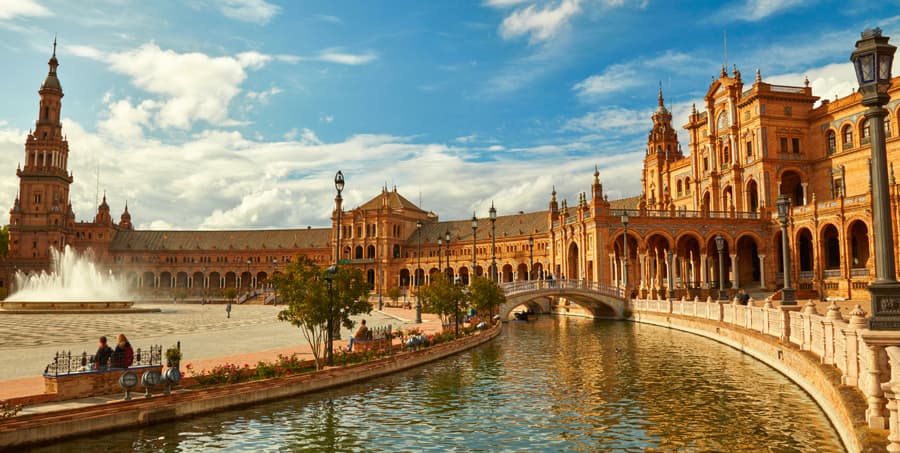 Also built for the Ibero-American Exposition of 1929, the plaza's eyecatching building has a tower at either end, both of which are tall enough to be visible around the city. In front of the building is a 500m long canal, which is crossed by four bridges. It is possible to rent small boats to row in the canal, which is why the plaza is sometimes referred to as ‘the Venice of Seville’. The square also contains ceramic benches in a semicircular shape, each bench representing a province in Spain. Similarly, the four bridges represent the four ancient kingdoms of Spain: Castille, Aragon, Navarre and Leon. The plaza is a lovely place to stroll around and see the beautiful ceramic and mosaic works. Or, just sit on a bench and watch the boats go by! 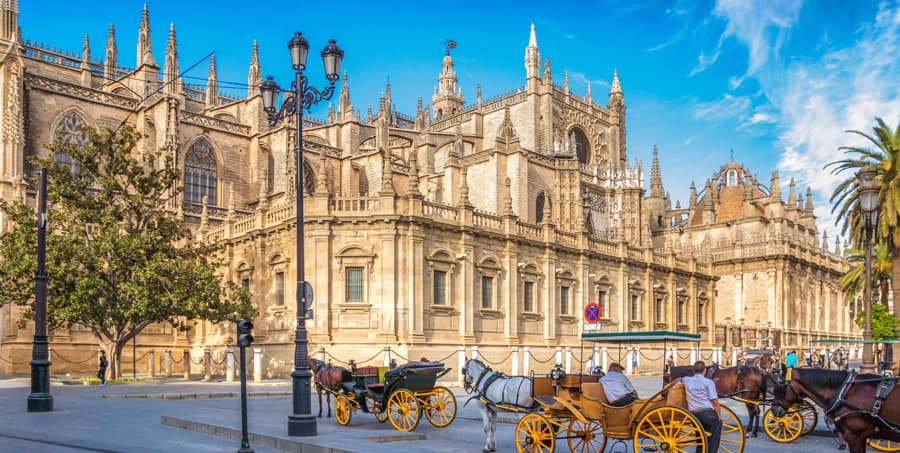 Seville Cathedral is a vast Gothic building, with impressive filigree stonework on the façade. The Cathedral is the largest Gothic building in Europe and was built in both the Gothic and Renaissance styles. La Giralda is the cathedral’s soaring bell-tower. It was originally built as a 12th-century minaret and has influenced a number of towers constructed in Spain. These buildings, along with the Alcázar and Archivo de Indias, have been on the UNESCO World Heritage sites list since 1987 and make for a lovely area to walk around and explore. 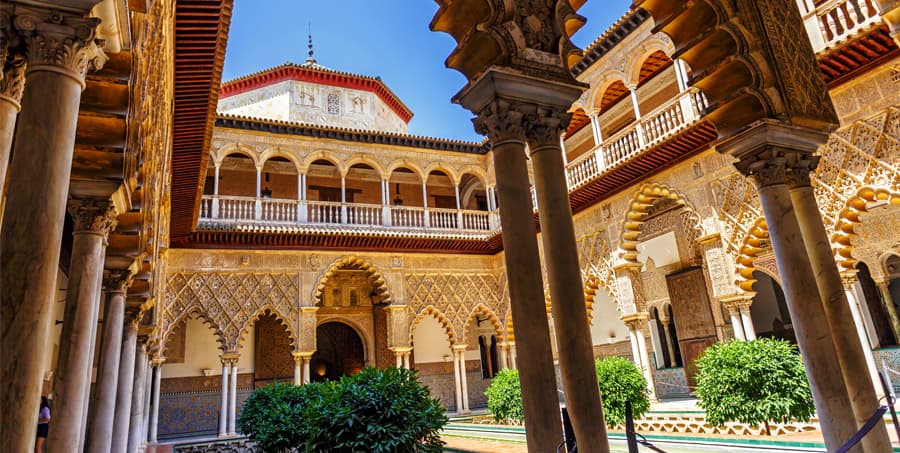 The Alcázar is Europe's oldest royal palace still in use today, with the upper levels used by the royal family as their official Seville residence. The palace complex is a mix of Mudejar and Gothic styles, with the centre section of the complex constructed in 1364. Over time, more extensions and changes have been made to the structure to make it what we see today. Highlights of the palace include the Patio de las Doncellas and the beautiful gardens, which include flower beds, orchards and pools. Visit the Alcázar to admire the beautiful architecture and styles of construction that are so central to the history of Seville. 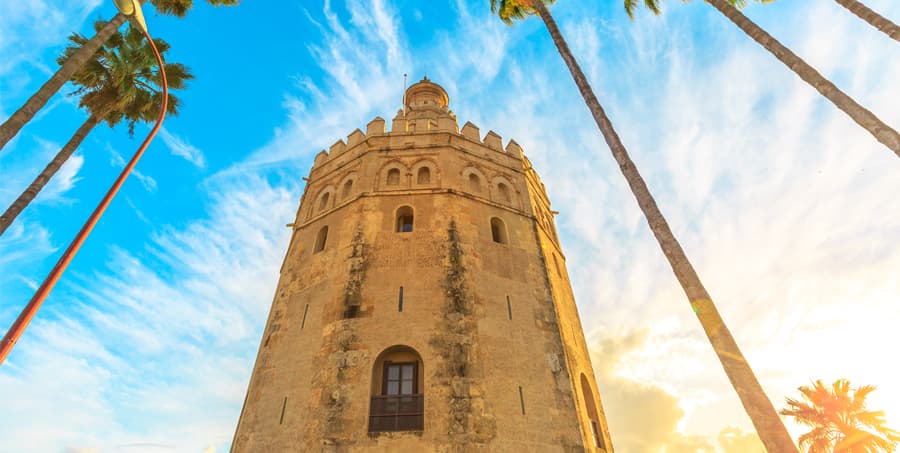 Named for the golden tiles that once covered the tower, the Torre del Oro is situated on the banks of the Guadalquivir River and forms part of the city walls. It was built around 1220 and was designed as an outer defensive tower to protect the port to the south of the city. Over the centuries the tower was used for many purposes, including as a chapel, gunpowder warehouse and post office. It currently houses the Maritime Museum. Take a walk along the riverfront to see the tower up close. It's also an ideal location to take some lovely pictures!

Discover all our holidays to Spain