The fall of the Berlin Wall in 1989 was a momentous moment in history, it marked the end of the Cold War and Soviet Union rule. The wall was built in 1961, it literally and metaphorically was the divide between the Capitalist west and Communist east. You can still see some parts of the wall dotted throughout the city, as a reminder of Berlin’s fascinating historical past. A city break to Berlin has so much to offer for everyone.

1. You can still visit Checkpoint Charlie 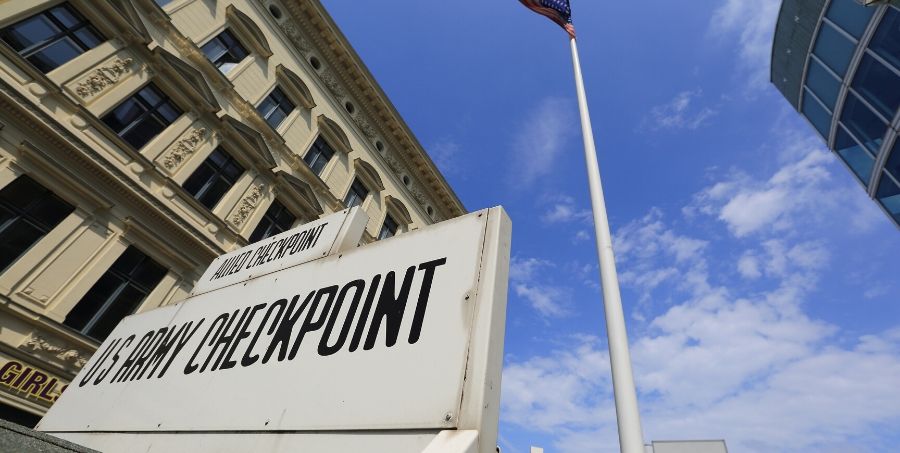 The infamous border crossing point between East and West Berlin. You can visit the nearby Mauer Museum to learn more about the Berlin Wall.

2. Berlin has many canals 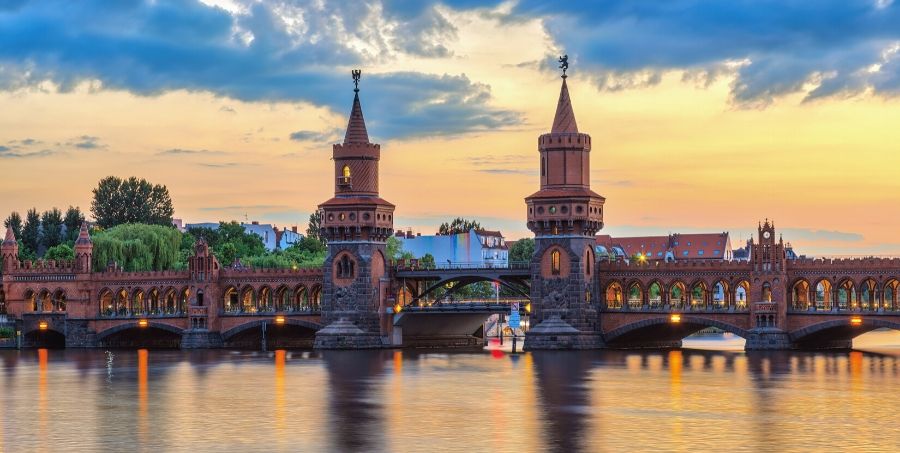 Berlin has more canals than Amsterdam and Venice. It's also estimated to have around 1,700 bridges, including the Oberbaum Bridge.

3. Brandenburg Gate is a symbol of peace 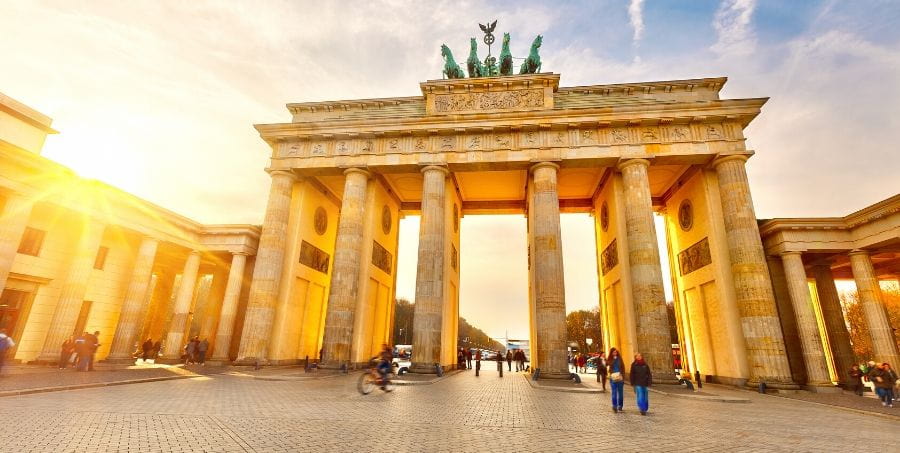 One of Berlin’s famous landmarks, an 18th century monument commissioned by the Prussian King Friedrich William II and since 1990 has come to stand for the reunification of Germany.

4. The Reichstag is one of the most visited landmarks in Germany 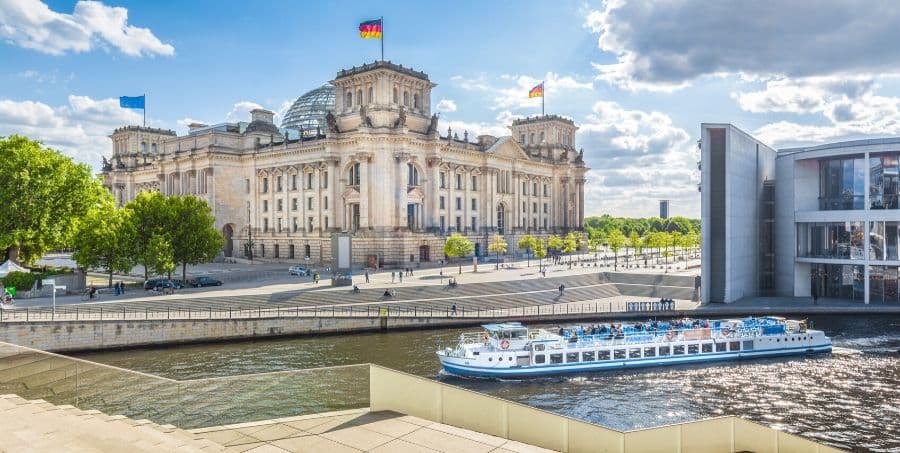 A former parliament building, infamous for the Reichstag Fire in 1933, it hosted the official German reunification ceremony in October 1990. The Reichstag is the second most popular tourist site visited in Germany.

5. Eastside Gallery is the longest open-air gallery in the world 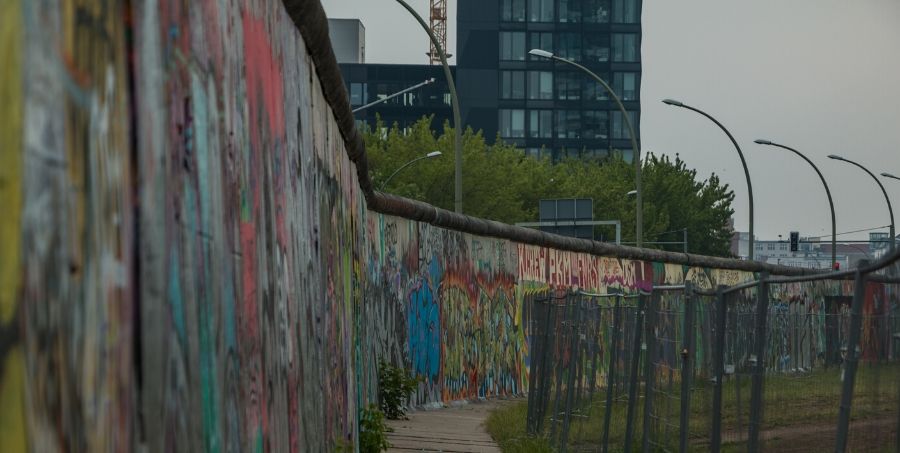 A preserved section of the Berlin Wall, approximately 1.3km, has been turned into an open-air art gallery and graffiti artists from around the world have made their creative mark on it. Possibly the most famous piece ‘My God, Help Me to Survive This Deadly Love’ or ‘Fraternal Kiss’ replicates the famous photo of Soviet Leader Brezhnev and leader of East Germany Erich Honecker engaging in the socialist fraternal kiss.

6. It took 17 years to build the Holocaust Memorial in Berlin 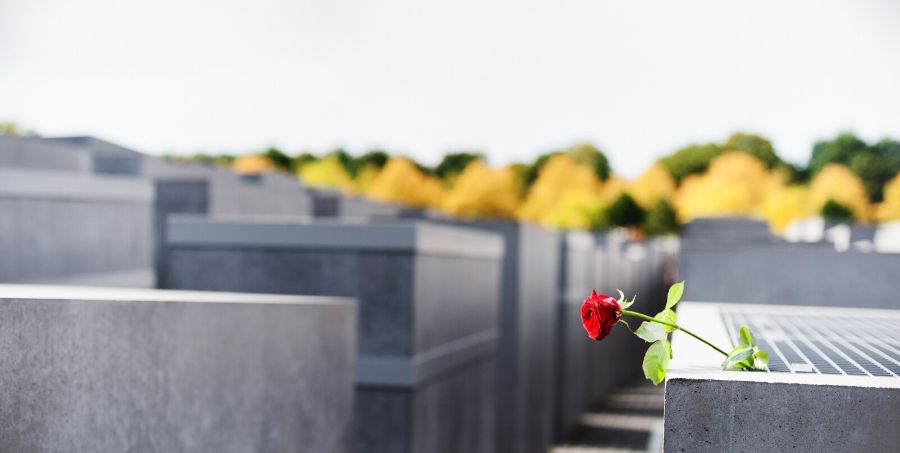 Undoubtedly, Germany has a dark and tragic past. The Memorial to the Murdered Jews of Europe, designed by American architect Peter Eisenamn, is a stark reminder of how many people died under the Nazi Regime. 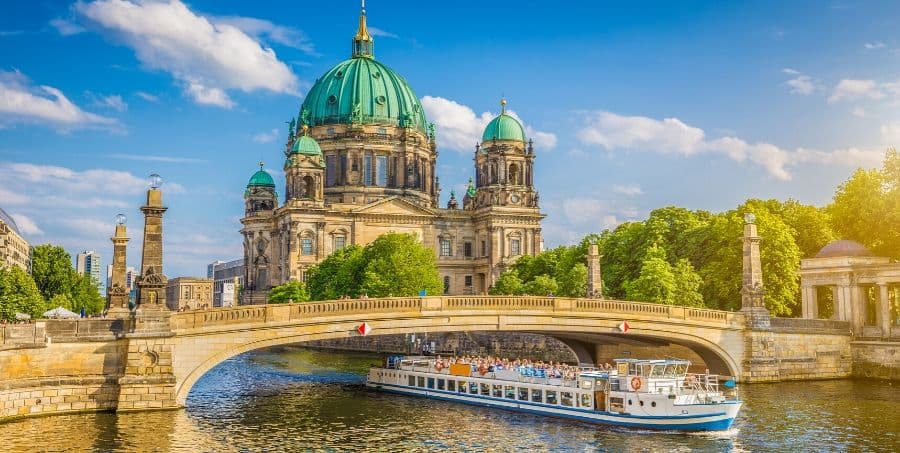 The five major museums in Berlin are compacted on one island, the complex includes the Altes, Neues, Alte Nationalgalerie, Bode and Pergamon Museums.

8. Charlottenburg Palace was named after King George I of Britain’s sister 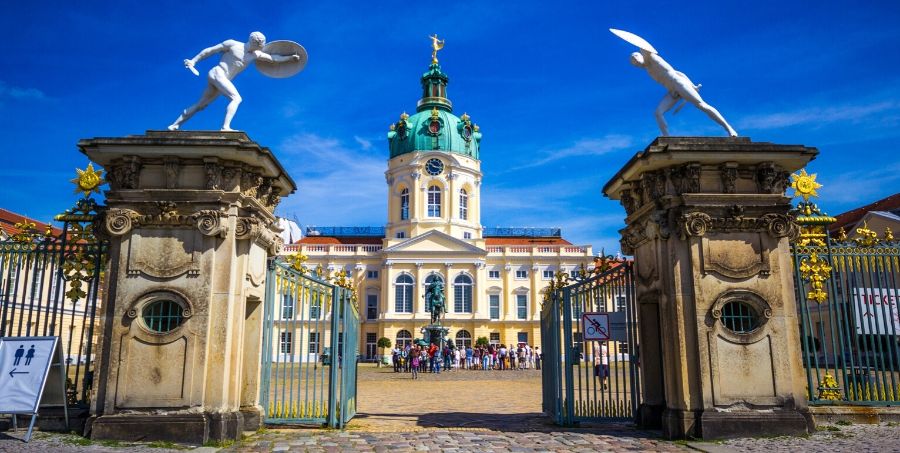 The palace was originally known as Lietzenburg Palace, but was renamed in honour of Sophie Charlotte of Hanover, the younger sister of King George I. The palace is a classic example of baroque architecture and many members of the Prussisan royal family are buried there, including Wilhelm I, the first German Emperor.

9. Berlin has over 80 Christmas Markets 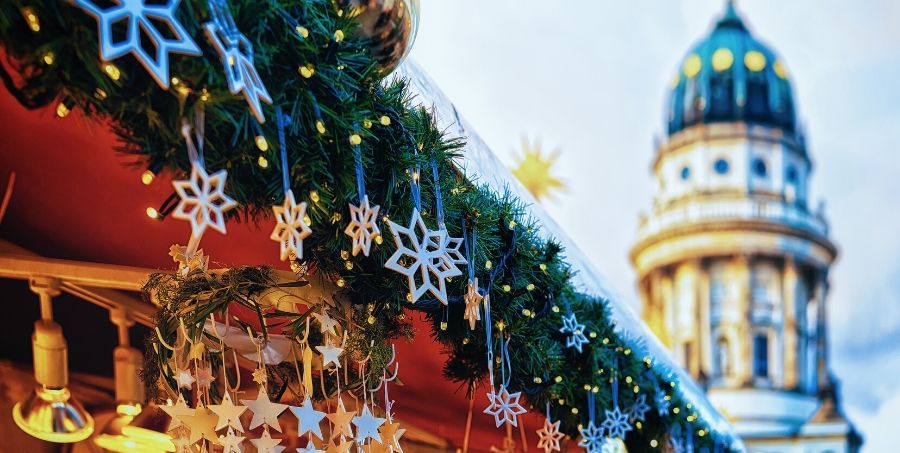 Berlin is perfect for a city break and to explore its abundance of Christmas Markets, where you’re bound to find gifts for your loved ones!

10. The Victory Column has a Viewing Platform 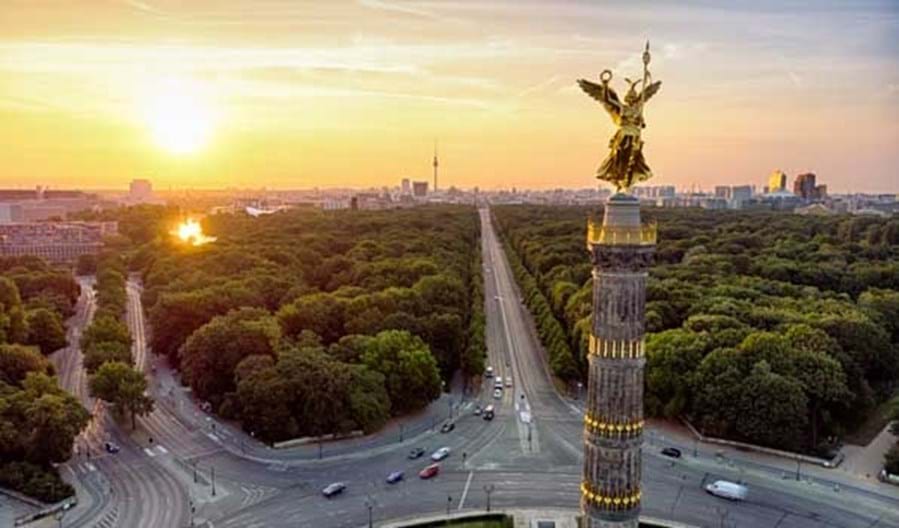 The Victory Column or as it’s known to locals “Golden Lizzie” originally stood in Königsplatz and was relocated to Großer Sternin 1939 at the orders of Hitler. It even survived World War Two with very little damage. You can purchase tickets to get amazing views of Berlin from the Victory Column.

Enjoy a city break in Berlin or discover our holidays to Germany. 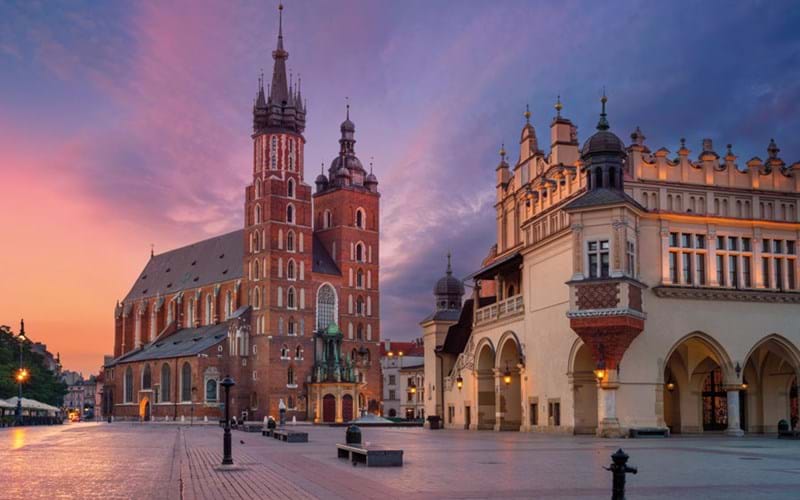 Visit Poland, it is rich in culture and history, has wonderful architecture and stunning scenery; it is a truly unique country. ...

In April 2019 Nenagh photographer Bridget Delaney took a Travel Department holiday to Norway, where her stay exceeded all expectations. ...