Top 10 Places To Visit In Canada

As the second largest country in the world, there are so many extraordinary places to visit in Canada. From exploring the Rockies on the west coast to discovering the cosmopolitan cities on the east, a holiday in the 'Great White North' offers the perfect blend of natural attractions, culture and history. Plus the locals are famous for being very warm, friendly and polite! Check out our selection of the best places to visit and book your place on one our holidays to Canada. 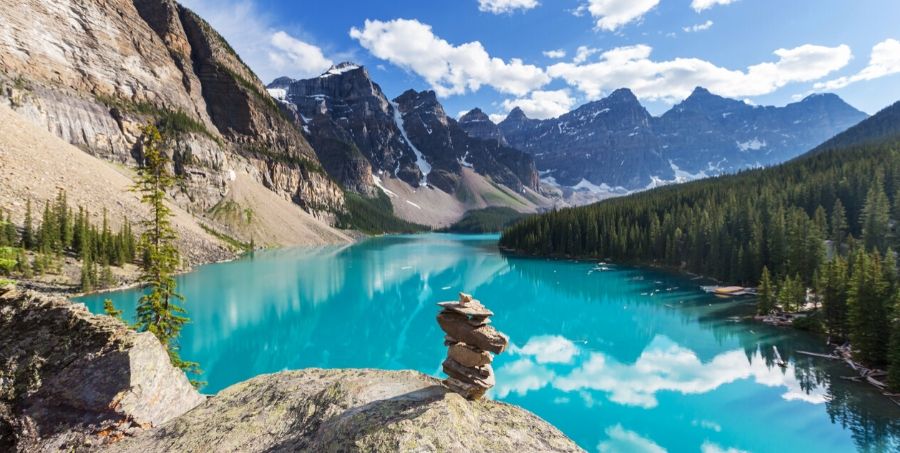 The snow-capped peaks of the Rocky Mountains are surely one of the world’s most awe-inspiring sights. Make sure to bring your camera to capture those amazing vistas during regular comfort and photo stops. The highest mountain in the Canadian Rockies is located in the awe-inspiring Mount Robson Park, where you’ll also find glaciers, lakes, waterfalls, canyons and wildlife. Banff is the gateway to the Rocky Mountains and Western Canada’s National Parks. It is an international resort town surrounded by spectacular mountains, lakes and rivers. Banff became Canada’s first ever national park in 1885 in order to protect its natural hot springs. There aren’t many places where you’ll have the opportunity to set foot on a real live glacier. Along the spectacular route to Banff town, you can visit the Athabasca Glacier and drive out onto the ice on a Snowcoach, specially designed to tackle those slippery slopes. Are you interested in a visit to the Rockies? Book your place on our 2023 holiday Western Canada & the Rockies today. 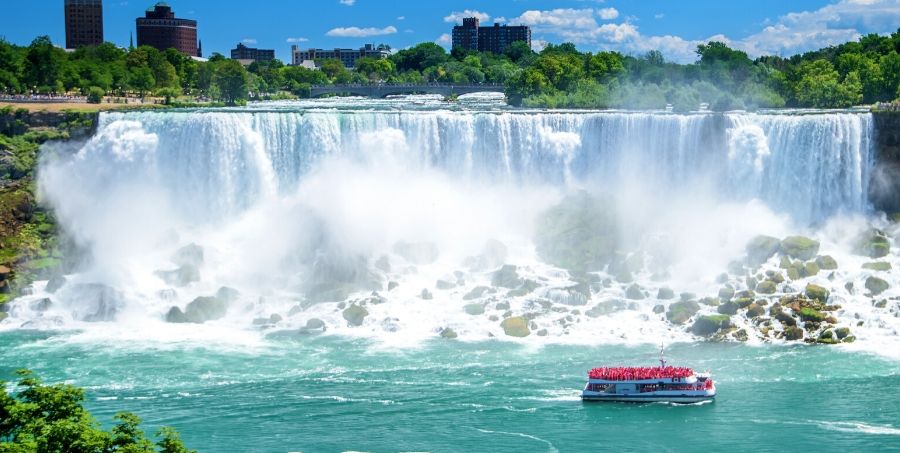 Located on the US-Canadian border, Niagara Falls is a natural beauty consisting of three waterfalls; the American Falls, Bridal Veil Falls and the Horseshoe Falls. They converge and rise over a 52 metre cliff, cascading into the rushing river below and creating the highest flow rate of any waterfall in the world. With more than 3000 tons of water per second flowing from a height of 55 metres into the Niagara Gorge, it’s no wonder it’s used as a source for hydroelectric power. 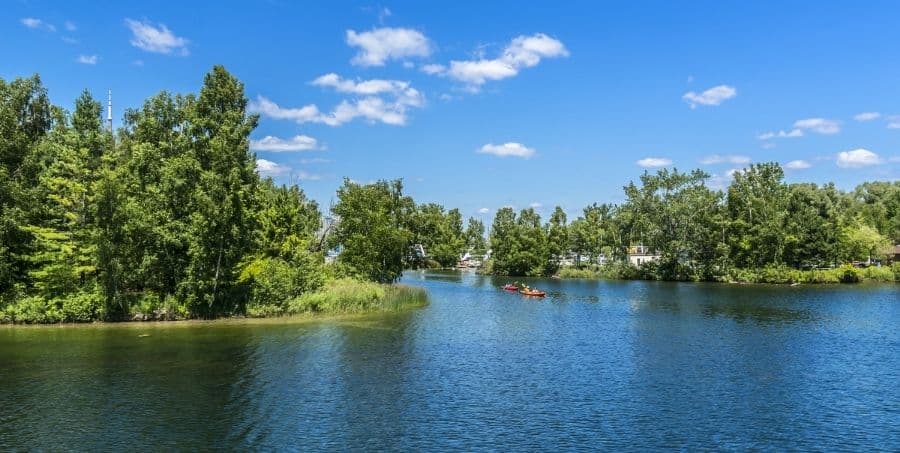 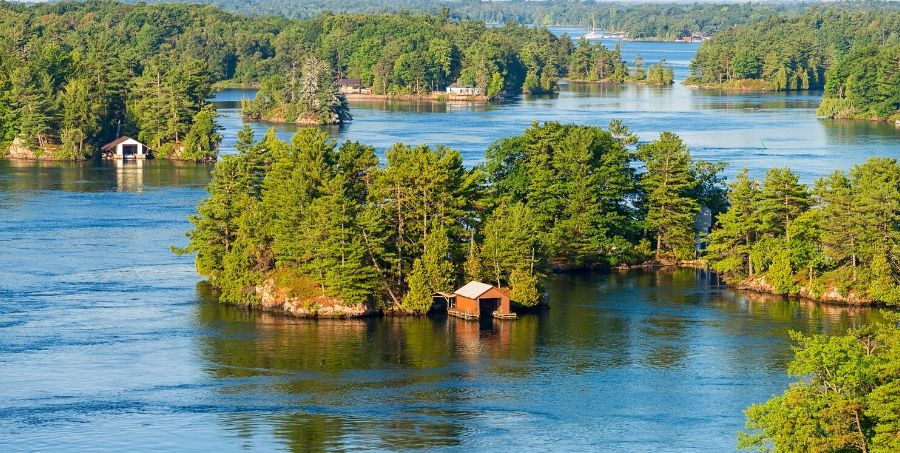 The Thousand Islands is an archipelago of 1,864 islands that straddles the Canada-U.S. border in the Saint Lawrence River as it emerges from Lake Ontario. Here you can embark on a relaxing cruise and take in the sights. 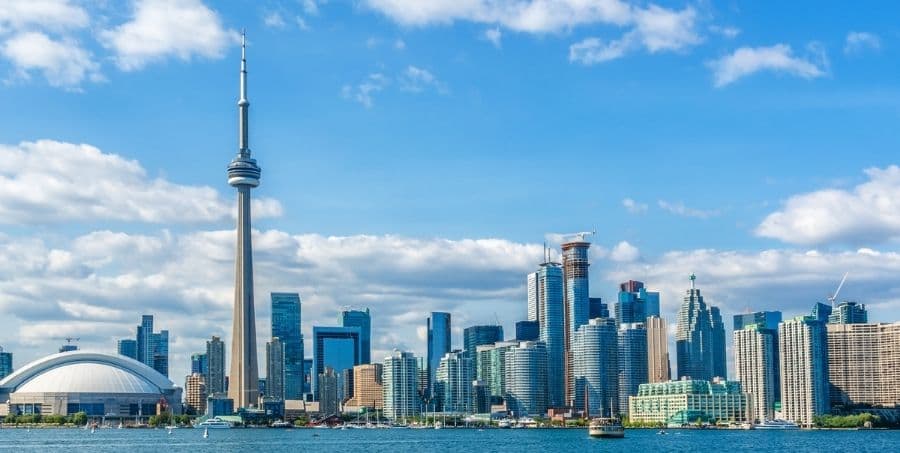 There’s lots to see and do in Canada’s largest city and it’s said to be the most cosmopolitan in the world as more than 140 languages are spoken here. Highlights of this eclectic city are the financial district, Old and New City Halls, Casa Loma, the St. Lawrence Market, the Flatiron Building, Chinatown and much more. Visit the top of the CN Tower to get a panoramic view of the city. 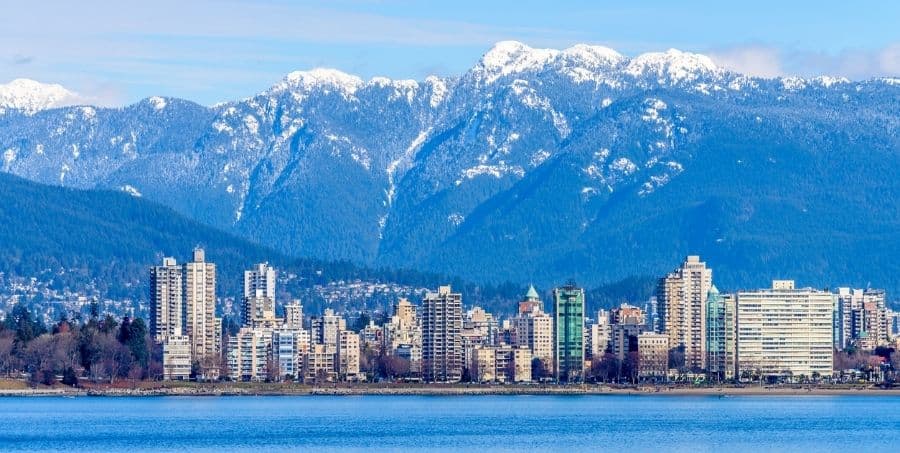 A bustling seaport, British Columbia’s capital is in a stunning coastal location and has a beautiful backdrop of  fiords, parks and mountains.. Visit the 1,001-acre Stanley Park with its collection of totem poles, the iconic Canada Place, an architectural landmark famous for its ship-like appearance and check out the historic Gastown, the oldest part of the city, Granville Island and much more. 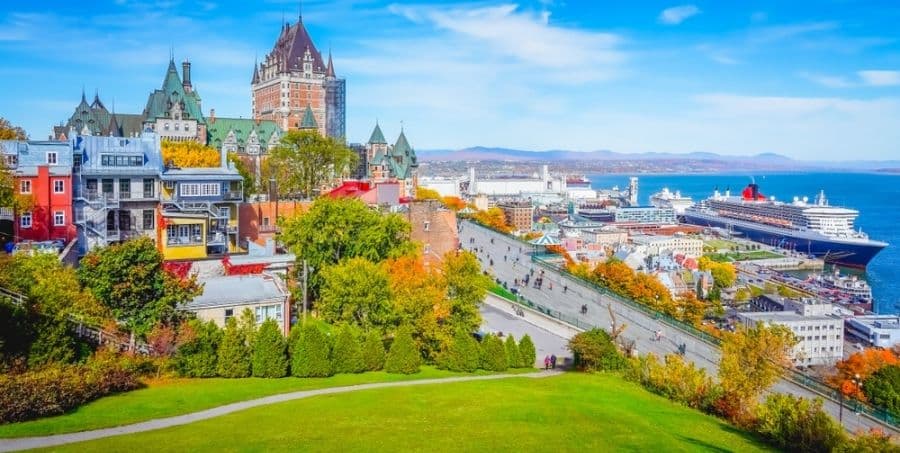 A historical and fascinating city in Canada, but given its French influence, you'll feel as though you're in Europe. Quebec is the only walled city in North America.  and in 1985 it was declared by UNESCO a world heritage site. It’s the birthplace of New France founded in 1608 by Samuel de Champlain and is the oldest French speaking community in North America. 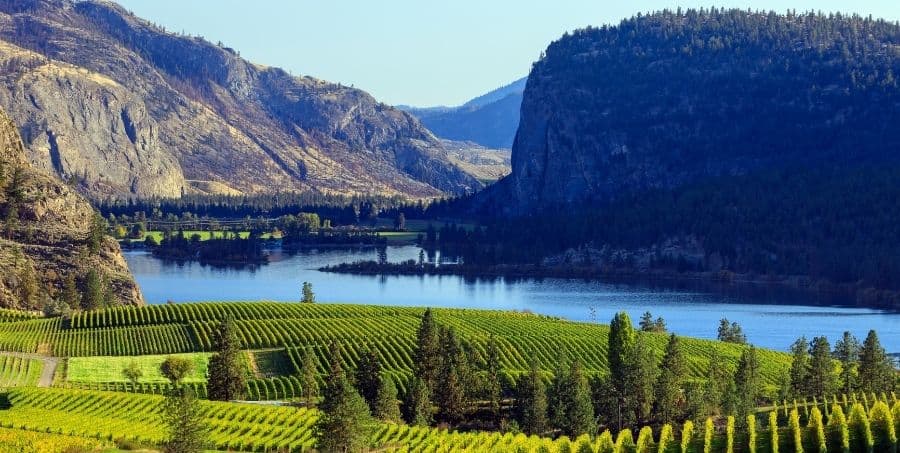 Sometimes referred to as ‘Canada’s Napa Valley’, Okanagan is a lush and fertile region, and British Columbia’s premiere wine producing region. It’s also one one warmest regions in Canada and is a popular summer holiday destination with locals as the beaches surrounding the lakes provide the perfect spot to relax in the sunshine. 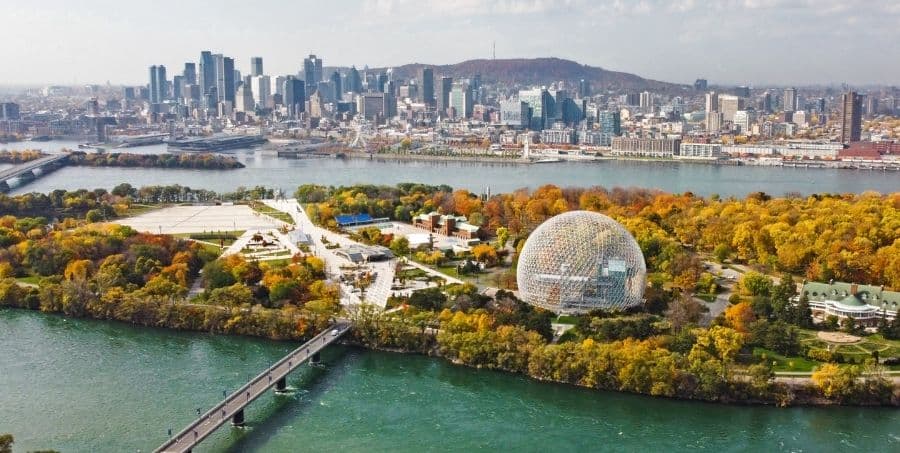 Located on a large island in the St. Lawrence River 1600k from the sea.. Originally known as Ville Marie it was established as a religious community. Today it offers visitors many cultural attractions. French inspired joie de vivre pervades every part of its Quartier Latin. The second-largest French speaking city in the world and largest city in Canada's Québec province. On our city tour of Montreal, we’ll discover the old part or as the locals call it “Vieux Montreal”,  where you’ll find historic buildings dating back to the 17th century from the early French settlement. We’ll see the islands on the St. Lawrence river where the Great Exposition of 1967 was held, the iconic Olympic stadium when the country held the Summer Games in 1n 976 and the most famous basilica in Canada, Notre Dame. 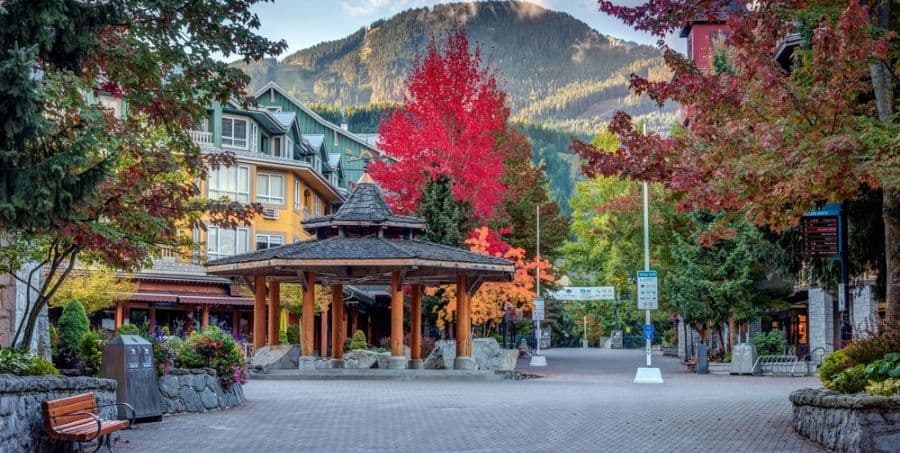 The home of the 2010 Winter Olympics sits high in British Columbia’s Coast Mountains and is the perfect spot to take in panoramic views of the surrounding countryside or explore this charming mountain resort. Whistler Blackcomb is one of the largest ski resorts of North America, but there are also many great summer activities such as hiking and biking. The Whistler Village is the beating heart of Whistler with shops, restaurants, museums, restaurants, galleries, and events and festivals deliver many options for all seasons.

Now you know the places to visit in Canada, you can now start planning your next holiday! Discover wonderful destinations and witness miracles of nature on our superb Canada tours. Take our Canada’s Maple Leaf Trail tour, from the bright lights of Toronto through to thrilling Niagara Falls and the historic cities of Montreal and Quebec; or experience the wonder of Western Canada & The Rockies on our 10-day holiday through the Great White North. 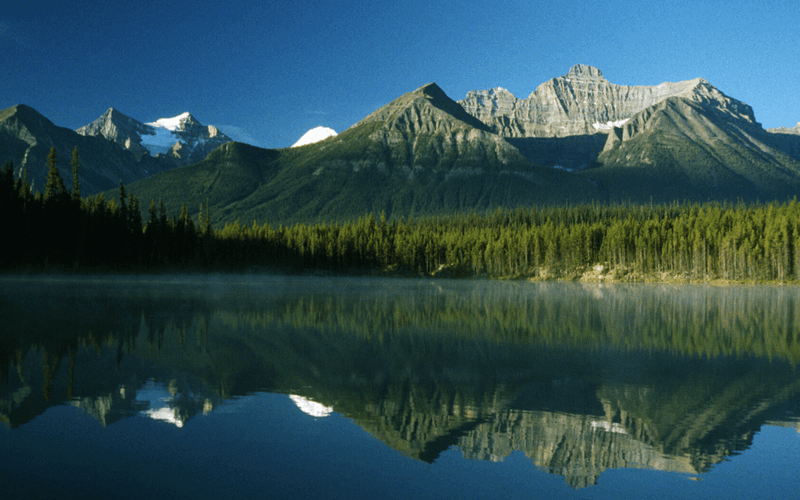 With cosmopolitan cities, stunning coastlines, incredible scenery and some of the best driving routes in the world, the USA has so much to offer and we have fantastic holiday options. ... 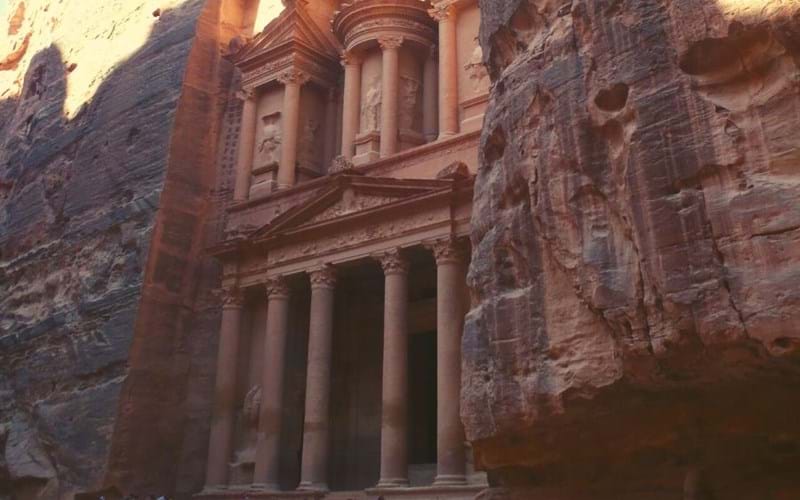 11 Famous Film Locations to inspire you to travel.

We have selected 11 films, featuring incredible sites and scenery, which may inspire you to travel the world and create your own adventure better than any Hollywood film. ...