A gentle, meandering river cruise is one of the best ways to see and understand a new place. The rivers are always the lifeline of the cities they flow through - the beating heart. It’s on the banks of rivers that cities were founded and flourished. If you haven’t included a river cruise on your bucket list, now is the time to do so. We offer a vast range of fantastic, scenic cruises through some of the world’s most fascinating regions.Much smaller than an ocean liner, the ships the travel specialists’ have chosen will take you into the heart of most cities you visit, giving you more time to “see more” and truly experience your destinations like a local. The banks of the blue Danube come alive when it enters the cities of Vienna, Budapest and Bratislava. Travel Department offers an excellent Danube River Rhapsody cruise that packs in the sightseeing opportunities. The holiday begins in Munich, with a guided city tour through the German city of Passau before cruising on the MS Amadeus ship, which combines the elegance of a hotel with the versatility of a modern ship. Along the cruise, you’ll stop off in Emmersdorf, Austria, where you’ll enjoy a guided vineyard tour, as well as a wander through the town’s medieval streets and a visit to one of the world’s most famous sites: the 18th century Melk Abbey. You’ll witness the operatic beauty of Vienna, the bohemian wonder of Budapest and all the fabulous eastern charm of Bratislava. An invite to the captain’s gala dinner awaits you as the ship cruises into Linz.

A journey into the psyche of modern Russia, this cruise on the four-star MS Kronstadt will take you to the beating heart of the country’s capital, Moscow, and the cultural capital of St Petersburg. In Moscow, your guided tour will take you to the iconic Red Square, the Kremlin and St Basil’s Cathedral. You’ll also enjoy a half-day guided tour of Yaroslavl (one of the oldest cities in central Russia) and St Petersburg with its Imperial Palace, art galleries and excellent selection of restaurants and cafes. Other highlights include a stop in Kizhi Island, home to the magnificent Transfiguration Church - Russia’s most iconic wooden landmark. Sail on one of the world’s greatest rivers with a 12-night holiday along the Nile. You’ll spend a few days in Cairo, sampling local cuisine and ancient sites with a full-day city tour that takes in the Egyptian Museum and a visit to the famous Khan El Khalili bazaar. Naturally, your visit will also include tours of the Pyramids of Giza and the Great Sphinx. Moving on, you’ll enjoy a relaxing cruise down the Nile with some excursions along the way through ancient temples, and hidden cities. The ship has several viewpoints from which you can admire the scenery on the banks of the great river. Your journey will come to an end with a relaxing few days in the beautiful beach resort of Hurghada, where you’ll unwind in a three-star hotel right by the blonde-sand beaches and Egypt’s Red Sea coast. The mighty Mekong runs through six countries in Asia and, on this 14-night holiday, you’ll experience some of its most fascinating destinations: Vietnam and Cambodia. The first few days will be spent on land where you’ll discover Ho Chi Minh City with a local guide who will steer you through the country’s history, present and future. On your seven-night Mekong River Cruise, you’ll make your way to Cambodia and discover floating villages, floating markets, endless rice paddies and breathtaking scenery along the way. Highlights include a visit to Cambodia’s Angkor Wat, a UNESCO world heritage site made up of 12th century stone structures in the jungle near Siem Reap, where you’ll witness one of the most memorable sunsets of your life. 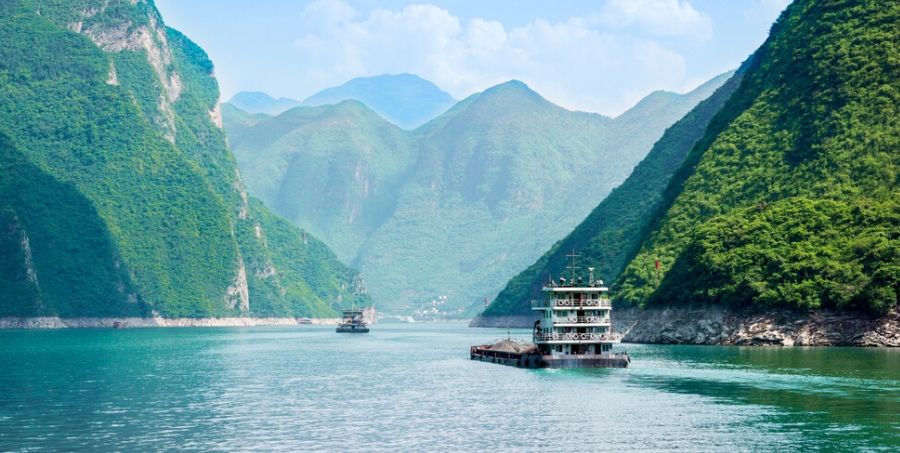 A cruise through the Yangtze River in China combines the old with the new. Here you’ll witness a confluence of ancient traditions with modern cities looking toward the sky. Sometimes called the “Golden River”, the Yangtze is China’s lifeline and the third-longest river in the world. Beginning in Beijing, you’ll explore Tiananmen Square, The Forbidden City and the world-famous Great Wall of China, staying in carefully selected hotels. As you journey through China, you’ll visit Xi'an, taking in the famous Terracotta Warriors and Horses and the Giant Panda Breeding Centre in Chengdu. Most of the tour will be conducted on land with some internal flights (included) to get you across this vast country. Three days will be spent on a gentle cruise along the Yangtze, which will take you through the Three Gorges Dam. On the way, you can even benefit from some on-board Tai Chi lessons. No trip to China would be complete without experiencing the glitz and glamour of its most dazzling city Shanghai, where the final leg of the tour will be spent.

This blog post has been edited from an original article which appeared in the Irish Independent on February 12th 2019.

Check out the advantages and our reasons for going on a river cruise for your next holiday. ...