The Côte d'Azur, or the French Riviera, in the South Eastern corner of France is home to some of the best-loved Gallic towns and cities. It has been the playground of the rich and famous since the 19th century and all of its allure remains. Here are five reasons why you should travel to Cote d'Azur for your next France holiday. 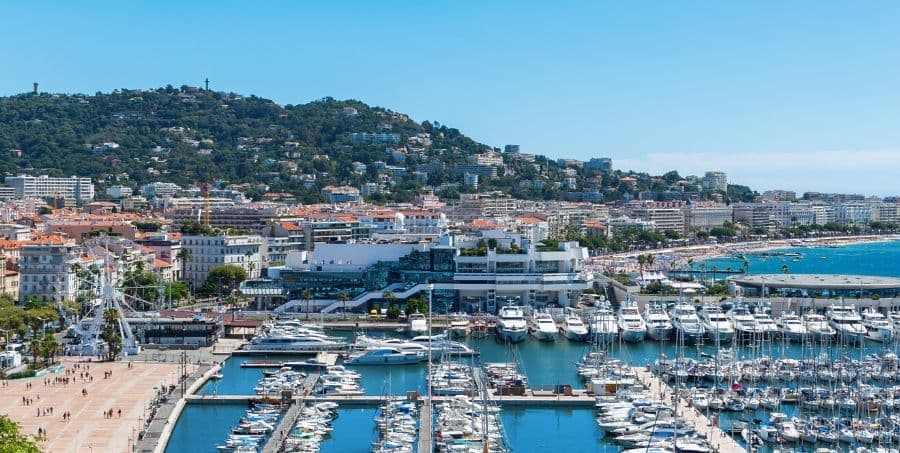 A magical city to visit, while it's most famous for its film festival, there are so many other fantastic things to see and do in Cannes. It isn’t a big city, so you are able to visit the vast majority of the sights on foot. Explore the local food market, which is situated right in the centre of the city, where you can sample some of the top local delicacies including olives, cheeses and even escargots as well as lots more amazing authentic French food. The beachfront in Cannes is a sensational stretch of shoreline, with the main crescent (La Croisette) going from the Old Town to overlook the Palais de Festivals (the main venue for the Cannes Film Festival). The walk along the coastline will take you past a number of different hotels, including the world-famous Carlton Hotel, where ‘To Catch a Thief’ starring Grace Kelly & Cary Grant was filmed. The building is a clear focal point on the Croisette due to the hotel’s Belle Epoque façade; a style that is seen throughout the French Riviera.

Wherever you stay for your French Riviera holiday, you can easily take a day trip to Monaco, the second-smallest independent state in the world. The Mediterranean climate makes Monaco a fairytale place that joins mountains and sea. It is said that in Monaco, 300 days a year are bright and sunny. It also has the most iconic racing track in the world, the annual Formula One Monaco Grand Prix actually runs through the city and is a fantastic experience to witness, even for those who are not big fans of motorsports. Discover Monte-Carlo, where you will get a taste of real glamour and experience one of the most famous casinos in the world. The Monte-Carlo Casino opened in 1863, making it nearly 160 years old. It was founded by Prince Charles Grimaldi to help generate revenue and save the royal family from bankruptcy. It has also been used as the backdrop for many famous films including the James Bond film GoldenEye and Ocean’s Twelve. If you have time, go to Monaco Harbor, where you may spot some incredible vessels, including Prince Albert’s main yacht. You could also visit the Prince's Palace and see the changing of the guards ceremony. 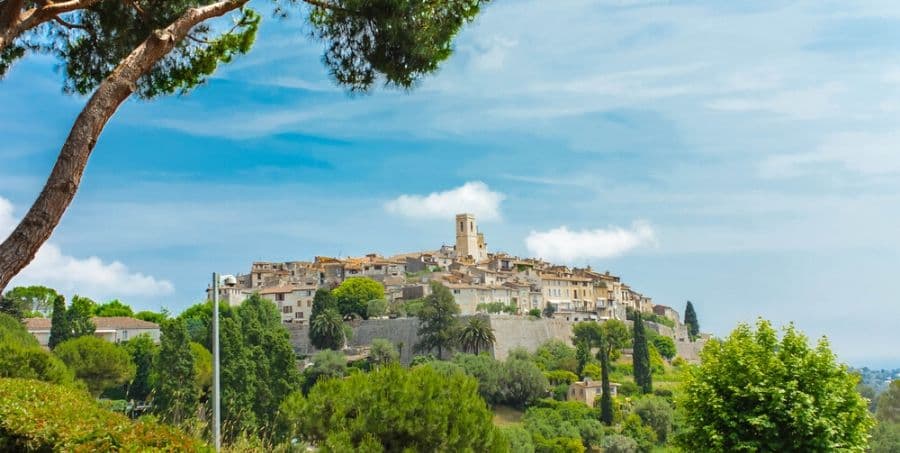 Take an excursion to the medieval hilltop town of Saint-Paul-de-Vence. Here you can find many contemporary art museums and galleries such as Fondation Maeght and the Musée de Saint Paul. Walking around St. Paul-de-Vence you will see stunning views and real character. There’s art, history, and architecture, as well as quaint coffee shops to sit, relax and marvel at your surroundings. 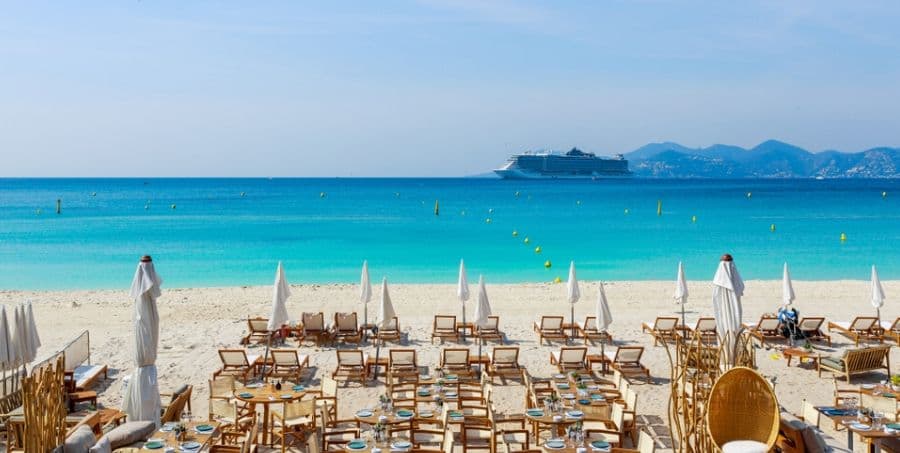 For those looking for lazy days by the beach, there is plenty to choose from. Sun worshippers will be pleased to hear that 7.5km of the 15km Cannes coastline consists of beautiful sandy beaches. Choose from public (no charge) and municipal beaches, where - in season - you can rent sun loungers and umbrellas, and avail of additional facilities such as showers, WC and cafes. 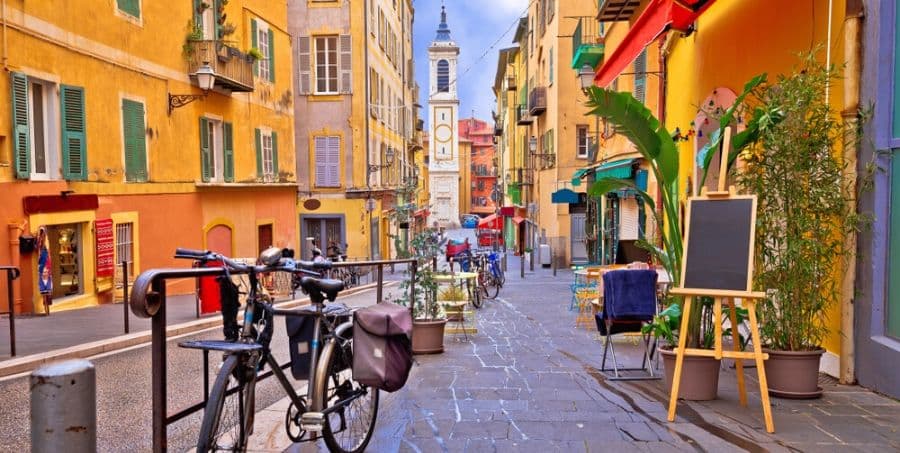 One of the most popular cities in France and the French Riviera capital; here you can see countless cultural attractions including a colourful flower market and the Promenade des Anglais, which was named in honour of the English aristocracy who holidayed there in the late 18th century and paid for it to be built. Nice used to be part of the Kingdom of Italy until the Treaty of Turin in 1860. In the old town of Nice this is evident, as you will notice a different style of architecture, which definitely feels more Italian. History and art lovers will have an abundance of museums to choose from, more so than the city of Paris, such as Musée Matisse where you can learn more about the famous French artist Henri Matisse. With a fabulous location on the French Riviera, a Nice City Break is also perfect for a quick relaxing getaway.

Get the full French Riviera experience with Travel Department and enjoy our Cannes & the Cote d’Azur holiday; a trip to one of the best destinations in France is a perfect way to relax and treat yourself. 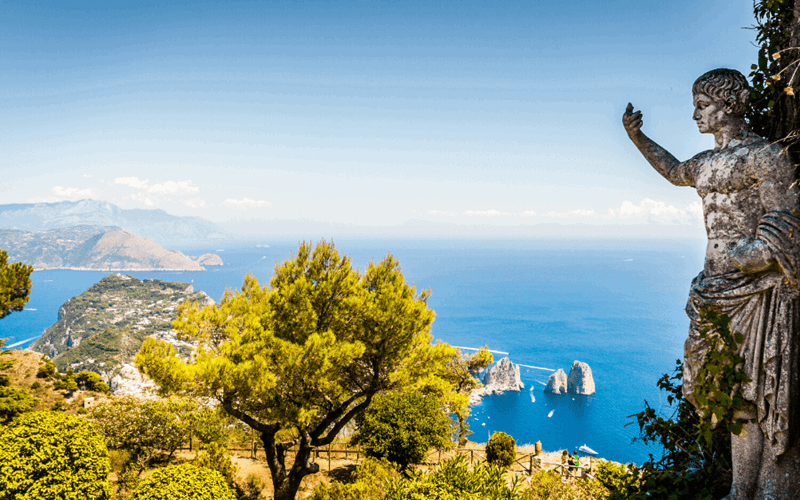 9 things to do on a Sorrento holiday

The Sorrento Peninsula offers some of southern Italy’s most famous sights. The unique landscape of hills and valleys is adorned with scented lemon orchards and silvery olive groves, with dramatic clif ...